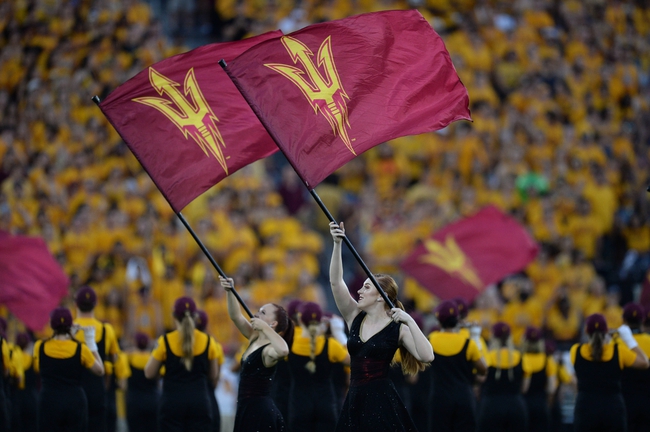 The Arizona Wildcats and the Arizona State Sun Devils meet in college football action from Sun Devil Stadium on Saturday.

Arizona is sitting at 4-7 on the season. The Wildcats are currently on a six-game losing streak, falling to Washington, USC, Stanford, Oregon State, Oregon and Utah in that stretch.

In the loss to the Utes, Arizona QB Grant Gunnel passed for 96 yards, and JJ Taylor led the rush on 33 yards from 10 carries. Cedric Peterson caught four balls for 63 yards to lead the receivers there.

Over on the Arizona State side, they’re 6-5 this season. After a four-game losing streak to Utah, UCLA, USC and Oregon State, the Sun Devils got a big win over Oregon in their last outing.

In the win over the Ducks, Arizona State QB Jayden Daniels passed for 408 yards and three TDs, and Eno Benjamin added 114 yards rushing. Brandon Aiyuk led the receivers with 161 yards and a score off seven grabs.

Arizona has had a tough run of games lately. In their last five games, they’ve had to go through three ranked squads, and the results have been pretty much what you’d expect. The Wildcats have only been able to muster 13 points over their last two games against some tough teams in Oregon and Utah.

As for the Sun Devils, they’ve been something of an unpredictable squad, but they’ve remained competitive over their last four games or so. The win over Oregon will be a big lift here, and I like Arizona State to carry that over into a cover.