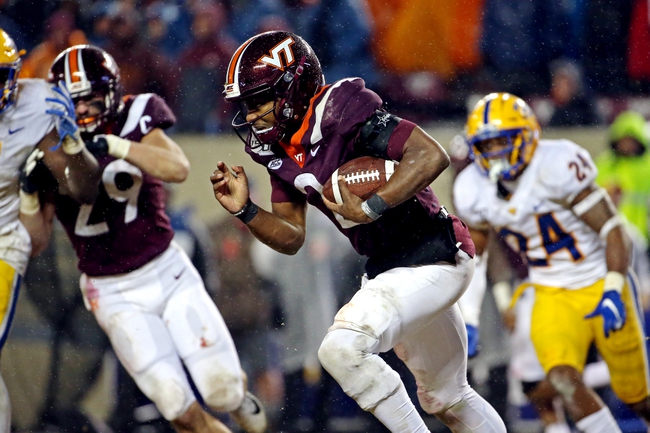 The Virginia Tech Hokies and the Virginia Cavaliers meet in college football action from Scott Stadium on Friday as they close out the CFB regular season.

Virginia Tech is sitting at 8-3 overall. The Hokies fell to Notre Dame on November 2, but since then they’ve taken out Wake Forest, Georgia Tech and Pittsburgh in succession.

In the win over the Panthers, Virginia Tech’s Hendon Hooker put up 153 yards and two TDs, while Tayvion Robinson’s 32-yard run made him the leading rusher there. Robinson also caught two passes for 74 yards to lead the receivers.

Over on the Virginia side, they’re 8-3 this year also. The Cavaliers are currently sitting on a three-game win streak, taking out North Carolina, Georgia Tech and Liberty in that stretch.

In the win over the Flames, Virginia’s Bryce Perkins put up 199 pass yards with two TDs, and PK Kier rushed for 82 yards and a score. Terrell Jana had four catches for 56 yards and a TD to lead the receivers in that one.

Virginia Tech can beat teams in a lot of ways. Right now they’re doing it defensively, as they allowed just 17 points to Wake Forest and exactly zero to Georgia Tech and Pittsburgh. The Hokies can also get into offensive shootouts, but they seem more comfortable in less flashy and more plodding games.

Virginia could cause a little trouble here; the Cavs have put up 38, 33 and 55 points respectively in their last three games, and if they can get going a bit I can see them hanging around. I’m going with Virginia in what should be a fun game to watch. 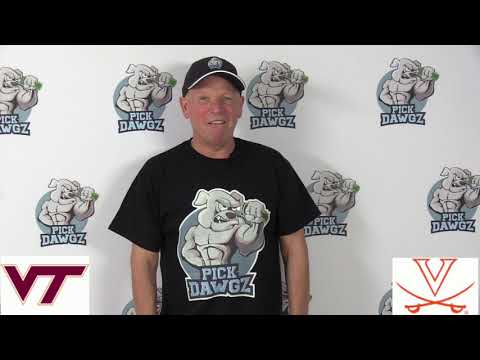