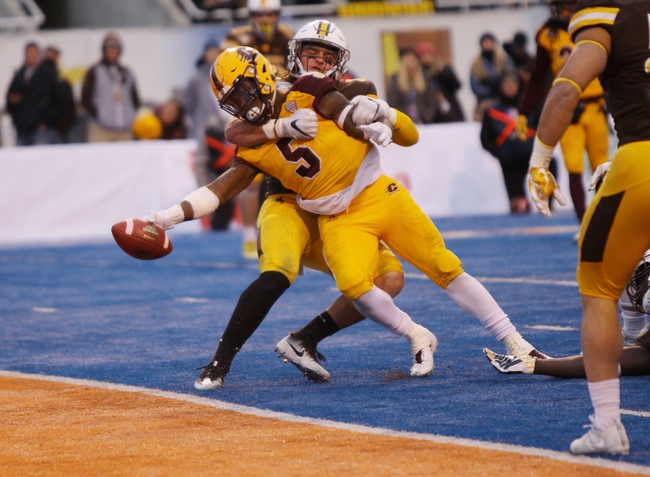 The Toledo Rockets and Central Michigan Chippewas meet Friday in week 14 college football action at Kelly/Shorts Stadium as they close out the CFB regular season.

The Toledo Rockets look for a win after splitting their last eight games. The Toledo Rockets have lost their last three road games. Mitchell Guadagni is completing 64.8 percent of his passes for 1,099 yards, eight touchdowns and two interceptions. Guadagni has four touchdown passes in his last three games. Bryce Mitchell and Danzel McKinley-Lewis have combined for 1,193 receiving yards and five touchdowns while Desmond Phillips has 32 receptions. The Toledo Rockets ground game is averaging 237.3 yards per contest, and Bryant Koback leads the way with 1,165 yards and 11 touchdowns. Defensively, Toledo is allowing 30.6 points and 468.7 yards per game. Jordan Fisher leads the Toledo Rockets with 84 tackles, Saeed Holt has 3.5 sacks and Kahlil Robinson has three interceptions.