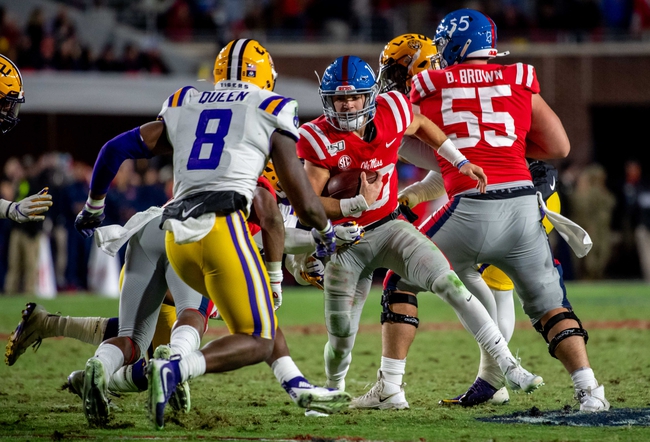 The Ole Miss Rebels and the Mississippi State Bulldogs meet in the 116th meeting of the Egg Bowl from Davis Wade Stadium on Thursday night.

The Ole Miss Rebels come into this game looking to rebound and finish strong after falling to LSU in their last outing by a final score of 58-37. John Rhys Plumlee threw for 123 yards and an interception on 9 of 16 passing while also leading Ole Miss in rushing with 212 rushing yards and 4 touchdowns. Matt Corral threw for 89 yards and a touchdown on 6 of 11 passing while Jerrion Ealy had 141 rushing yards. Elijah Moore led the Rebels with 9 catches for 143 yards and a touchdown. Defensively, Jalen Julius and Willie Hibbler each had 9 total tackles with 4 solo tackles while Keidron Smith and Tarigious Tisdale each had a sack with Smith logging an interception as well. As a team, Ole Miss is averaging 450.9 yards of total offense and 27.2 points per game while allowing 426.4 yards of total defense and 27 points per game against this season.

The Mississippi State Bulldogs will look to get back to .500 to finish the year with bowl eligibility after a 45-7 win over Abilene Christian in their last outing. Tommy Stevens threw for 165 yards and 2 touchdowns on 13 of 27 passing while Garrett Shrader threw for 40 yards and a touchdown completing all 3 of his pass attempts, with both logging a rushing touchdown as well. Kylin Hill led the Bulldogs in rushing with 154 rushing yards while Nick Gibson had 53 rushing yards and a touchdown as well. Hill also led the Bulldogs in receiving with 3 catches for 84 yards and a touchdown while Deddrick Thomas and Austin Williams each had a touchdown through the air as well. Defensively, Shawn Preston Jr. led Mississippi State with 8 total tackles including 3 solo tackles while Fred Peters, Chauncey Rivers and Nathan Pickering each had a sack with Peters and Jaquarius Landrews each recording an interception. As a team, Mississippi State is averaging 410.6 yards of total offense and 28.2 points per game while allowing 390.6 yards of total defense and 28.8 points per game against this season.

Laying the points with Mississippi State at home is a tempting proposition with the line being as low as it is, especially with their bowl season hanging in the balance. However, Ole Miss has nothing but this game to look forward to after losing to LSU, and the Rebels have had a week to let that stew and sink in. I just think that the Rebels will put 100% of their effort into this game to stick it to their nemesis in Mississippi State and given how well the Rebels have done ATS lately and how much success the road team and underdog has had in recent meetings, I’ll take a shot with Ole Miss and the points. 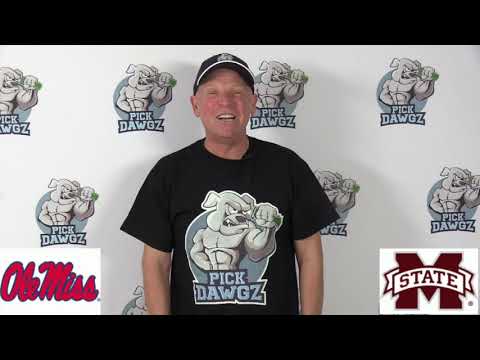