The Ohio Bobcats and the Akron Zips meet in college football action from InfoCision Stadium on Tuesday.

In the win over the Falcons, Ohio QB Nathan Rourke put up 267 yards with three scores, and O’Shaan Allison had 175 yards with three TDs rushing. Isiah Cox was the top receiver there on 83 yards and a TD from four grabs.

Over on the Akron side, they’re 0-11 this season. Over their last five games, the Zips have dropped to Buffalo, Northern Illinois, Bowling Green, Eastern Michigan and Miami-OH.

In the loss to the RedHawks, Akron QB Kato Nelson threw for 197 yards and Peter Hayes-Patrick managed 17 rush yards. Nate Stewart led the receivers with three grabs for 66 yards in that one.

Ohio has been really close in most of their losses this season, and they very easily could have a few more wins. They’re a better team than their record dictates, and are prone to bouts of explosive offense here and there. Regardless, the Bobcats are almost always competitive.

With Akron stumbling over pretty much their entire season, I don’t expect a whole lot of them here. I’m going with Ohio on a dominant cover. 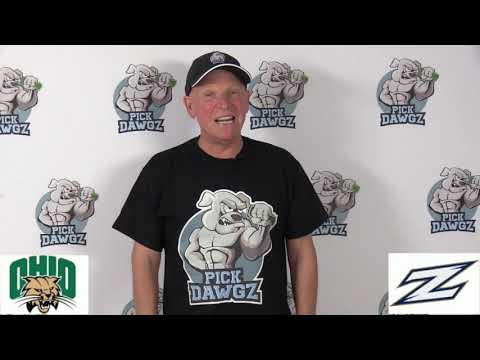