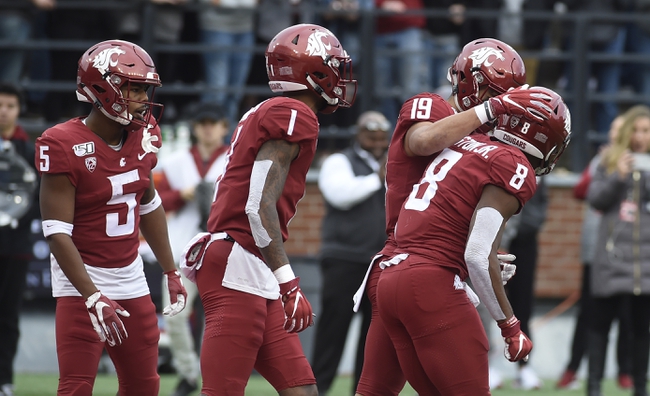 The Oregon State Beavers and the Washington State Cougars meet in week 13 college football action from Martin Stadium on Saturday.

Oregon State is 5-5 so far. The Beavers are 3-1 in their last four games, with a loss to Washington alongside wins over California, Arizona and Arizona State.

In the win over the Sun Devils, Oregon State QB Jake Luton had 288 yards and four TDs, while Artavis Pierce had 63 yards rushing. Isaiah Hodgins managed 93 yards and a TD off six catches there.

Over on the Washington State side, they’re 5-5 as well. The Cougars are just 2-5 in their last seven games, dropping to UCLA, Utah, Arizona State, Oregon and Cal while beating Colorado and Stanford otherwise.

In the win over the Cardinal, Washington State QB Anthony Gordon posted 520 yards, five TDs and a pick, with Brandon Arconado catching nine balls for 148 yards and a TD. Max Borghi rushed for 111 yards and a TD there.

Oregon State has been all over the place this season; sometimes they look great and others they seem to hit the wall. The Beavers have scored pretty well in their last three wins (at least 35 in two of them) but in their last two losses they’ve scored just seven in each.

Washington State is something of an unpredictable team as well, but lately their defense has been the proverbial Achilles heel in their losses. It’s not a matchup I’m in love with but I’m going to stick with the Cougars on the cover here.