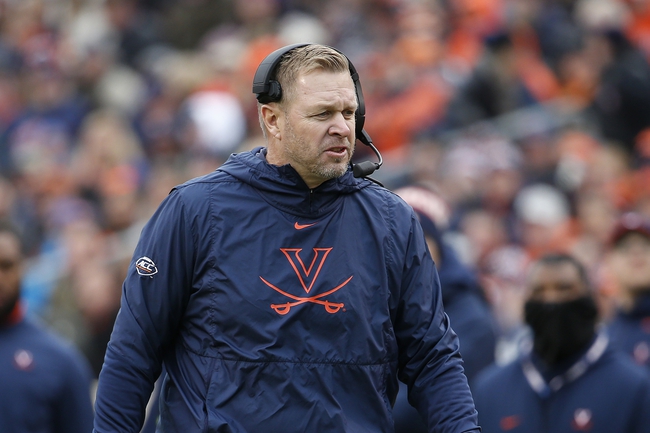 The Liberty Flames and the Virginia Cavaliers meet in college football action from Scott Stadium on Saturday.

Liberty is 6-4 this season so far. The Flames are 6-2 over their last eight games, with wins over Buffalo, Hampton, New Mexico, NM State, Maine and UMass alongside losses to Rutgers and BYU.

In the loss to BYU, Liberty QB Stephen Calvert put up 303 yards with three scores, and Frankie Hickson had 79 yards rushing. Antonio Tandy-Golden had 162 yards and a TD on 10 receptions also.

Over on the Virginia side, they’re 7-3 this year. The Cavs are 3-3 over their last six games though, falling to Notre Dame, Miami-FL and Louisville but beating Duke, UNC and Georgia Tech.

In the win over GT, Virginia QB Bryce Perkins put up 258 yards and a score, and also rushed for 106 and a TD. Tops in receiving there was Terrell Jana on 108 yards from nine grabs.

Liberty kind of stumbled out of the gate this season but they’ve been pretty impressive since their two opening losses. The BYU loss only came by seven points, and they were fairly competitive with Rutgers despite giving up 44 points.

Virginia has been solid in their last four games as well, and outside of the Louisville game they’ve scored at least 33 points in the other three. Both these teams can light up the scoreboard so this should be a fun one to watch. I’m going to take Liberty to eke into a cover, though.