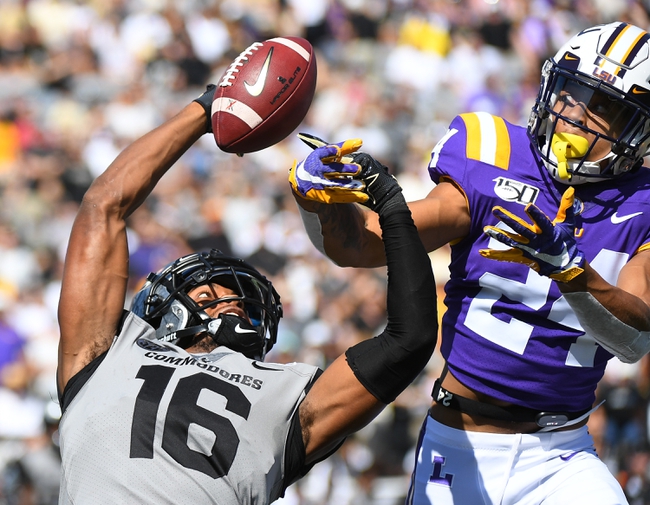 The East Tennessee State Buccaneers and the Vanderbilt Commodores meet in week 13 college football action from Vanderbilt Stadium on Saturday.

The Vanderbilt Commodores will look to finish on a high note after making it three losses in a row with a 38-14 loss to Kentucky in their last outing. Riley Neal threw for 74 yards and an interception on 10 of 19 passing while Ke’Shawn Vaughn led the ‘Dores with 58 rushing yards and a touchdown on 12 carries. Ben Bresnahan had a team-high 32 receiving yards while Kalija Lipscomb added a team-high 4 receptions in the losing effort. Dimitri Moore led the Commodores with 13 total tackles including 6 solo tackles in the losing effort. As a team, Vanderbilt is averaging 288.8 yards of total offense and 15 points per game while allowing 472.1 yards of total defense and 35.3 points per game against this season.

Normally I'd be against Vanderbilt as I just don't trust the Vanderbilt offense, but at home I think that Vandy's offense wakes up to prepare for the rivalry game with Tennessee on deck, so I'll lay the points with Vanderbilt here.