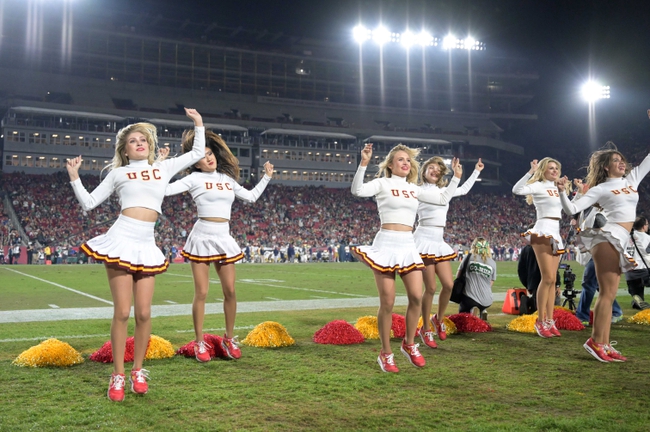 The UCLA Bruins and the USC Trojans meet in week 13 college football action from LA Memorial Coliseum on Saturday.

UCLA is 4-6 so far. After a recent three-game win streak over Stanford, Arizona State and Colorado, the Bruins lost their last outing against Utah 49-3.

In the loss to the Utes, UCLA QB Dorian Thompson-Robinson tossed for 219 yards and two INTs. Kyle Philips led the receivers on 86 yards from seven catches, and Joshua Kelley had 78 rush yards.

Over on the USC side, they’re 7-4 this season. The Trojans are 4-1 in their last five games, falling to Oregon but taking out Arizona, Colorado, Arizona State and California otherwise.

In the win over Cal, USC’s Kedon Slovis put up 406 yards and four touchdowns, with Michael Pittman catching 11 balls for 180 yards and a TD. Kenan Christon added 44 rush yards on nine carries there as well.

UCLA had a pretty good run going during that three-game win streak, with at least 31 points in each outing. The Bruins hit the wall against Utah with just three points, but that’s understandable and they should get back to business here.

That said, USC can really open it up on offense and will light up the scoreboard with ease. This should be a fun, high-scoring game. Ultimately I expect USC to take it but UCLA has the goods to eke into a cover. 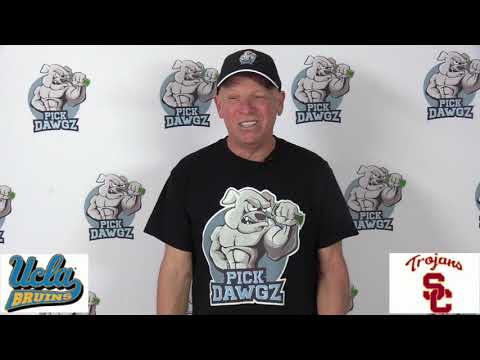