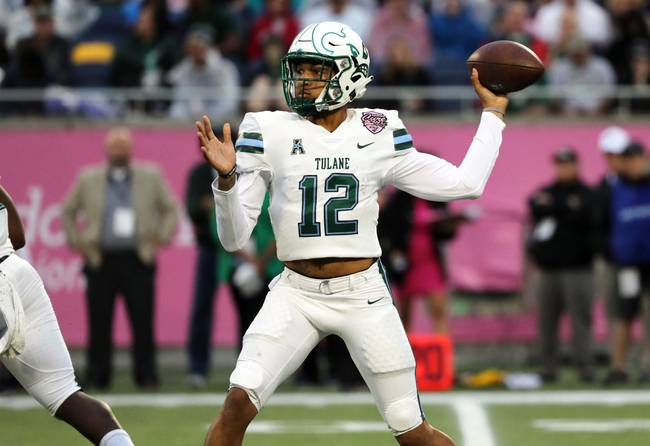 The UCF Knights look for another win after winning five of their last eight games. The UCF Knights have lost three of their last four road games. Dillon Gabriel is completing 60.6 percent of his passes for 2,806 yards, 24 touchdowns and seven interceptions. Gabriel has 10 touchdown passes and five interceptions in his last five games. Gabriel Davis and Tre Nixon have combined for 1,765 receiving yards and 17 touchdowns while Marlon Williams has 30 receptions. The UCF Knights ground game is averaging 220.2 yards per contest, and Otis Anderson leads the way with 609 yards and four touchdowns. Defensively, UCF is allowing 23.6 points and 348.6 yards per game. Nate Evans leads the UCF Knights with 85 tackles, Brendon Hayes has 6.5 sacks and Aaron Robinson has three interceptions.

The UCF Knights are 6-3 ATS in their last nine games as a road favorite. The Tulane Green Wave are 5-2 ATS in their last seven games as a home underdog. The UCF Knights have had an extra week to prepare, but they've lost three of their last four on the road and just lost to Tulsa as a 15-point favorite. The Tulane Green Wave have won all five games at home this season and four of those victories were decided by double-digit points. This will also be Tulane's last home game and there's 18 seniors on this roster. I'll take the free touchdown in a game Tulane will have a chance to win outright.