The Penn State Nittany Lions are 3-5 ATS in their last eight games as a double-digit underdog. The Ohio State Buckeyes are 9-2 ATS in their last 11 games as a double-digit favorite. The Penn State Nittany Lions has looked a little shaky over the last month, as they not only lost to Minnesota, but they've now had close calls against Michigan and Indiana. The Ohio State Buckeyes finally didn't cover a game as a double-digit underdog last week against Rutgers, but it was a hell of a run and this team is still one of the more profitable out there. With all that said, I'm siding with Ohio State in a comfortable win, as the Buckeyes have been the most consistent team in the country and have the athletes on both sides of the ball to expose Penn State. The Penn State Nittany Lions aren't as good as the media props them up to be and they can be a bit slow at the skill positions, which is why OSU is able to score at will. 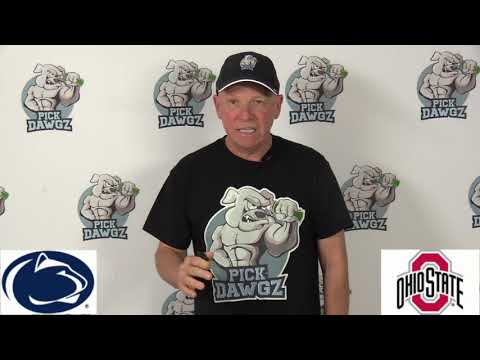