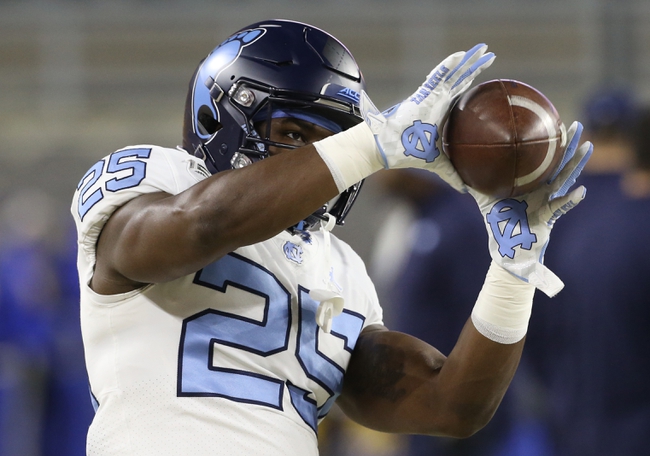 Mercer sits at 4-7 on the year. The Bears are just 1-3 over their last four games, taking out Samford in OT but otherwise falling to the Citadel, Wofford and East Tennessee State.

In the loss to ETSU, Mercer’s Kaelan Riley put up 224 yards and a TD with two INTs, and Tyray Devezin had 168 yards with four touchdowns on the ground. David Durden topped the receivers with 115 yards on nine grabs there.

Over on the North Carolina side, they’re 4-6 so far. The Tar Heels are just 1-3 in their last four games as well, beating Duke and dropping to Virginia Tech, Virginia and Pittsburgh.

In the loss to Pitt, North Carolina QB Sam Howell had 322 yards with three touchdowns and one INT. Dazz Newsome logged 170 yards and a TD on 11 grabs, and Antonio Williams rushed 12 times for 107 yards.

The Tar Heels are 1-6 ATS in their last seven home games versus a team with a losing road record, and the over is 4-1 in their last five overall. The Over is 5-1 in North Carolina’s last six games after allowing more than 450 total yards in their previous game as well.

Even though Mercer’s record this year is pretty ugly, they’ve been fairly competitive in games more often than not. That said, the Bears usually get drilled by the more talented teams they face, which will probably be the case here.

North Carolina’s record doesn’t show it on the surface, but playing in a tough conference against higher-tier teams takes its toll. To the Tar Heels’ credit, they took Clemson, App State and Virginia Tech to the absolute limit. As the superior team, I’m going to go with North Carolina on the cover here.