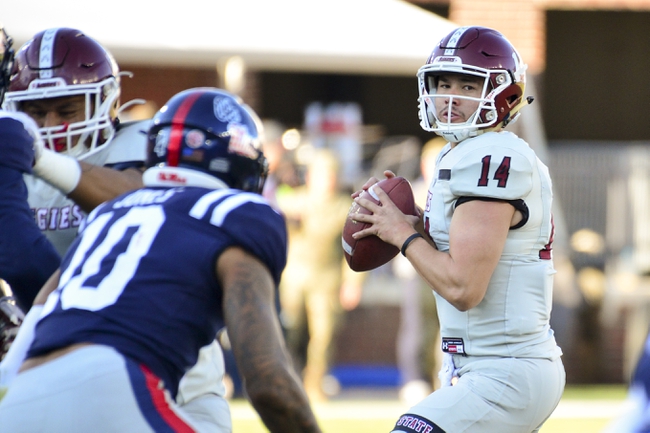 Where to Watch: Flo Football Stream live sports and exclusive originals on ESPN+. Sign up now!

The UTEP Miners come into this game looking to snap a nine-game losing streak after a 37-10 loss to UAB in their last outing. Kai Locksley has thrown for 871 yards, 3 touchdowns and 4 interceptions on 54.2% passing while sitting 2nd on the team in rushing with 369 rushing yards and 4 touchdowns. Treyvon Hughes leads UTEP with 593 rushing yards and 11 scores while Josh  Fields has 272 rushing yards. Jacob Cowing leads UTEP with 425 receiving yards while Tre’Shon Wolf has 347 receiving yards and Justin Garrett and Alan Busey each have 200+ receiving yards this season. Defensively, Michael Lewis leads UTEP with 81 total tackles including a team-high 47 solo tackles while Praise Amaewhule and Denzel Chukwukelu each have 3 sacks and Ykili Ross has a pair of interceptions this year. As a team, UTEP is averaging 313.8 yards of total offense and 18.4 points per game while allowing 434.8 yards of total defense and 35.7 points per game against this season.

The New Mexico State Aggies will be looking to build on their first win of the season after a 41-28 win over Incarnate Word last time out. Josh Adkins has thrown for 2,240 yards, 11 touchdowns and 14 interceptions on 64.2% passing while Jason Huntley leads the Aggies in rushing with 794 rushing yards and 6 TDs and Christian Gibson has 379 rushing yards this season. Tony Nicholson leads New Mexico State in receiving with 54 grabs for 607 yards and 5 scores while OJ Clark has 372 receiving yards and Naveon Mitchell and Izaiah Lottie each have 200+ receiving yards for NMSU this season. Defensively, Javahn Ferguson leads New Mexico State with 111 total tackles as well as a team-high 43 solo tackles while Cedric Wilcots II has 3 sacks and Austin Perkins has a pair if interceptions this season. As a team, New Mexico State is averaging 356.6 yards of total offense and 18.8 points per game while allowing 471.9 yards of total defense and 40.8 points per game against this season.

Between a pair of 1-9 teams going nowhere fast, I’d probably be inclined to take UTEP and the points. However, New Mexico State is brimming with confidence after their first win of the season (albeit against incarnate Word), and I just don’t know if UTEP can hang with Rice in the Aggies’ backyard. I’ll lay the touchdown with New Mexico State here as I trust the Aggies more than I do the Miners.