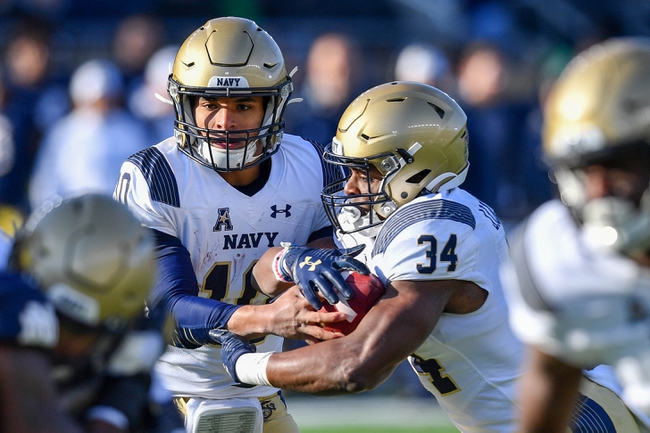 The SMU Mustangs have a chance to win double-digit games for the first time since 1984. The SMU Mustangs have won four of their last five road games. Shane Buechele is completing 64.2 percent of his passes for 3,195 yards, 28 touchdowns and eight interceptions. Buechele has two or more touchdown passes in each of his last nine games. James Proche and Reggie Roberson Jr. have combined for 1,811 receiving yards and 18 touchdowns while Kylen Granson has 33 receptions. The SMU Mustangs ground game is averaging 194.1 yards per contest, and Xavier Jones leads the way with 1,063 yards and 18 touchdowns. Defensively, SMU is allowing 32.1 points and 425.9 yards per game. Richard McBryde leads the SMU Mustangs with 72 tackles, Patrick Nelson has 9.5 sacks and Rodney Clemons has four interceptions.

The SMU Mustangs are 4-1 ATS in their last five games as a road underdog. The Navy Midshipmen are 7-3 ATS in their last 10 games as a home favorite. The SMU Mustangs have had an extra week to prepare for this contest and the offense has topped 40 points in nine of their last 10 games. The Navy Midshipmen were beat up last week against Notre Dame, but they've been a machine at home this season both SU and ATS, and this is the last home game for a roster that has 32 seniors. The last two games between these teams have been decided by a combined four points, but it's hard to bet against Navy at home.