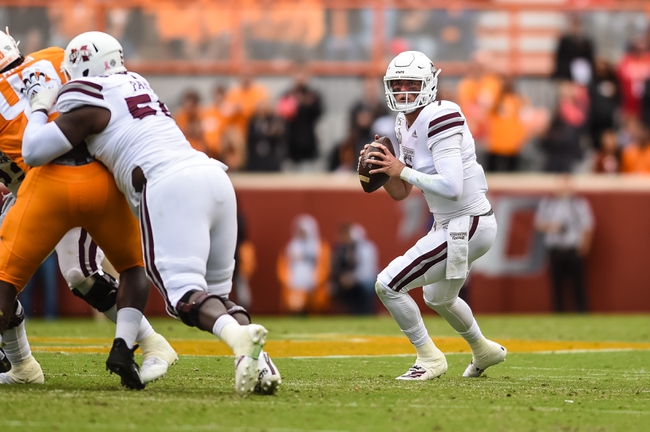 The Abilene Christian Wildcats will look to rebound from back-to-back losses after a 35-14 loss to Southeast Louisiana State in their last outing. Sema’J Davis threw for 195 yards, a touchdown and 3 interceptions on 11 of 19 passing while Luke Anthony threw for 53 yards and 3 INTs of his own on 5 of 13 passing. Davis also rushed for a team-high 33 yards and a touchdown while Tracy James added 29 rushing yards. Kobe Clark led ACU with 6 catches for 104 yards while Josh Fink had 4 grabs for 89 yards and Branden Hohenstein added 29 receiving yards and a touchdown. As a team, Abilene Christian is averaging 32.1 points per game this season.

The Mississippi State Bulldogs will look to rebound after a 38-7 loss to Alabama in their last outing. Tommy Stevens threw for 82 yards and an interception on 12 of 21 passing while also leading the Bulldogs in rushing with 96 rushing yards on 10 carries. Nick Gibson added 56 rushing yards while Kylin Hill had 35 rushing yards and a touchdown. Farrod Green led the Bulldogs with 30 receiving yards while Hill and Stephen Guidry each had a team-high 3 receptions. Defensively, Erroll Thompson led the Bulldogs with 9 total tackles and a tackle for a loss while Tyler Williams had 8 tackles and Jaquarius Landrews had 7 tackles. As a team, Mississippi State is averaging 394 yards of total offense and 26.5 points per game while allowing 401.5 yards of total defense and 31 points per game against this season.

I’ve been one to fade Mississippi State a lot this season, as I just don’t like what the Bulldogs bring to the table and I’m not a fan of their QB situation. However, Mississippi State needs to win out to become bowl eligible and that’s with a rivalry game with Ole Miss in the Egg Bowl on a short week on deck. Abilene Christian has been beat up on lately and that’s by teams in the FCS so I shudder to think what a decent SEC team like Mississippi State is going to do. I’ll lay the points with Mississippi State here.