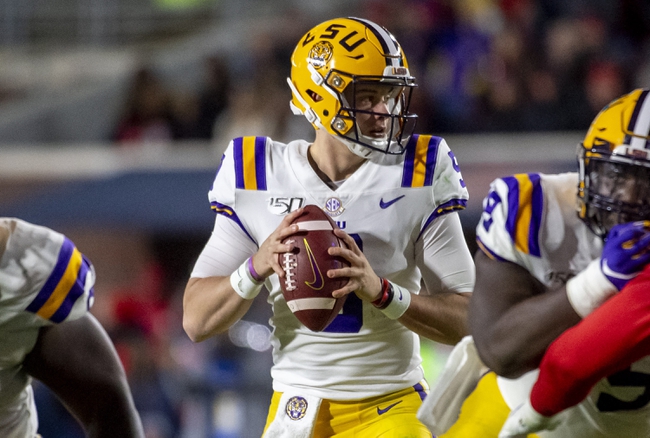 The Arkansas Razorbacks and the LSU Tigers meet in a week 13 SEC college football matchup from Tiger Stadium on Saturday night.

The Arkansas Razorbacks will be out to snap a seven-game losing streak after a 45-19 loss to Western Kentucky at home last time out. Nick Starkel has thrown for 1,118 yards, 7 touchdowns and 10 interceptions on 55% passing while Ben Hicks has thrown for 736 yards, 2 touchdowns and 2 INTs on 48.5% passing. Rakeem Boyd leads Arkansas in rushing with 1,005 yards and 8 TDs while Devwah Whaley has 256 rushing yards and 5 touchdowns. Treylon Burks, Cheyenne O’Grady, Trey Knox and Mike Woods are all in the 300+ receiving yards club for Arkansas this season. Defensively, De’Jon Harris leads the Razorbacks with 82 total tackles while McTelvin Agim leads the Razorbacks with 5 sacks this season. As a team, Arkansas is averaging 353.6 yards of total offense and 22.3 points per game while allowing 447.3 yards of total defense and 36.2 points per game against this season.

The LSU Tigers will look to remain perfect, unbeaten at 10-0 on the year after a 58-37 win over Ole Miss in their last outing. Joe Burrow has thrown for 3,687 yards, 38 touchdowns and 6 interceptions on 78.6% passing while Clyde Edwards-Helaire leads LSU in rushing with 958 rushing yards and 12 touchdowns. Ja’Marr Chase leads LSU in receiving with 1,116 yards and 13 touchdowns while Justin Jefferson has a team-high 71 receptions for 1,010 yards and 11 scores. Defensively, Jacon Phillips leads LSU with 82 total tackles including a team-high 38 solo tackles this season. As a team, LSU is averaging 556.3 yards of total offense and 47.8 points per game while allowing 368.7 yards of total defense and 23.8 points per game against this season.

The truckload of points is mighty tempting as all Arkansas needs to do is score one or two touchdowns and they’re probably sneaking in the back to cover at the end. However, the Hogs were blasted by Auburn and Alabama, two of the top-tier teams in the SEC, and right now, LSU is the top of the top and the Tigers beat both Auburn and Bama. This LSU offense is unlike any other I’ve seen from the Tigers in recent memory, and I think LSU makes an example out of the Razorbacks here. It’s a ton of points, but I just don’t see Arkansas doing enough to keep up here. 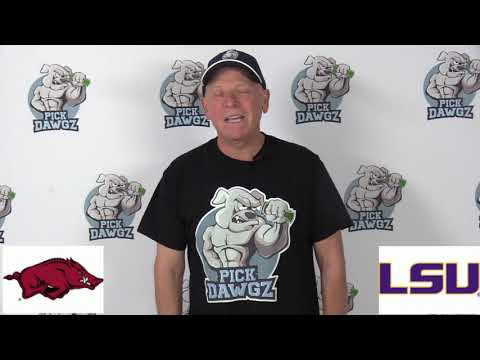