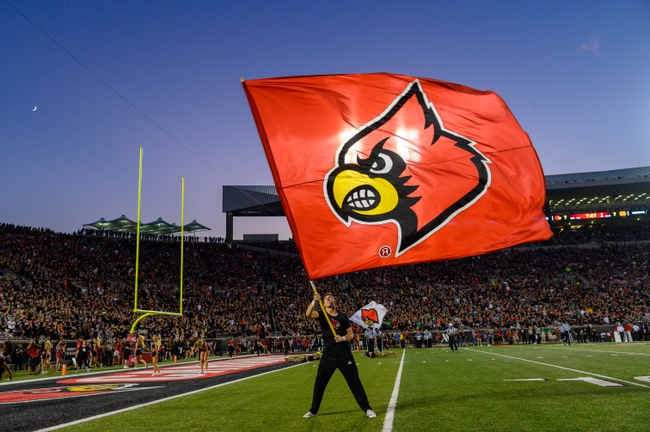 The Syracuse Orange and the Louisville Cardinals meet in week 13 college football action from Papa John’s Cardinal Stadium on Saturday.

Syracuse comes in here at 4-6 overall. The Orange are just 1-4 in their last five games, falling to NC State, Pittsburgh, Florida State and Boston College before beating Duke this past weekend.

In the win over Duke, Syracuse QB Tommy DeVito had 105 yards with two TDs, and Moe Neal had 115 yards and a score rushing. Trishton Jackson was the lead receiver there with two grabs for 68 yards and a TD.

Over on the Louisville side, they’re 6-4 this year. The Cardinals are 2-2 over their past four games, with losses to Clemson and Miami-FL, and wins over Virginia and NC State in that time.

In the win over NC State, Louisville QB Malik Cunningham had 242 yards and four touchdowns while Javian Hawkins rushed for 67 yards. Chatarius Atwell was the top receiver there with 110 yards and a TD off five grabs.

Syracuse’s four-game losing streak they just came out of was pretty ugly, but in reality they had a chance at taking a couple of those games—the NC State and Pitt losses were decided by six and seven points respectively. That said, the Orange are looking pretty sketchy right now.

As for Louisville they’ve been kind of hit and miss recently, but they do have some quality wins under their belts and should be confident here against a less-talented team. I’m going to go with the Cardinals to power out a cover here.