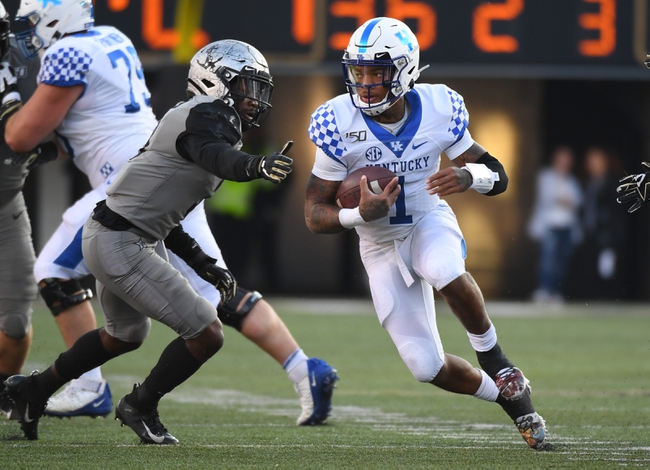 The UT-Martin Skyhawks and the Kentucky Wildcats meet in a week 13 college football matchup from Kroger Field on Saturday afternoon.

The UT-Martin Skyhawks will look for a big win to maintain some consistency after alternating wins and losses in each of their last 5 games following a 28-17 win over Tennessee State last time out. John Bachus III led the Skyhawks with 216 passing yards on 16 of 25 passing with 3 touchdowns and an interception while Jaimiee Bowe had 19 carries for 93 yards and a touchdown. Colton Dowell led the Skyhawks with 69 receiving yards while Jaylon Moore had 57 yards and a touchdown and Terry Williams had a team-high 6 catches for 47 yards and a touchdown. The previously mentioned Bowe also added a receiving score out of the backfiel for UT-Martin in the winning effort. As a team, UT-Martin is averaging 30 points per game this season.

The Kentucky Wildcats will also look to finish with some consistency after alternating wins and losses in each of their last six games after a 38-14 win over Vanderbilt in their last outing. Lynn Bowden Jr. threw for 104 yards and a touchdown on 8 of 10 passing while also rushing for 110 yards and a touchdown. Christopher Rodriguez Jr. led Kentucky on the ground with 129 rushing yards and 2 touchdowns while Kavosley Smoke had 95 rushing yards and a touchdown and Asim Rose added 67 rushing yards. Clevan Thomas Jr. led Kentucky’s receiving corps with 45 receiving yards while Josh Ali had a team-high 3 catches for 27 yards and a touchdown. Defensively, Jamin Davis led the Wildcats with 6 total tackles while Yusuf Corker added an interception. As a team, Kentucky is averaging 370.2 yards of total offense and 22.1 points per game while allowing 336.6 yards of total defense and just 20.1 points per game against this season.

I won’t lie, I haven’t been high on Kentucky in recent weeks, but the Wildcats have seemed to have found an offense that works with Bowden Jr. at QB running an appropriately named Wildcat offense, and the Wildcats have also been rock solid at home against the number this season,  going 5-1 with the lone loss coming in basically a pick ‘em scenario against a Tennessee team that’s found some mojo lately. UT-Martin just doesn’t play with enough consistency for me to give them a shot in this one, so I’ll lay the points with Kentucky in this spot.