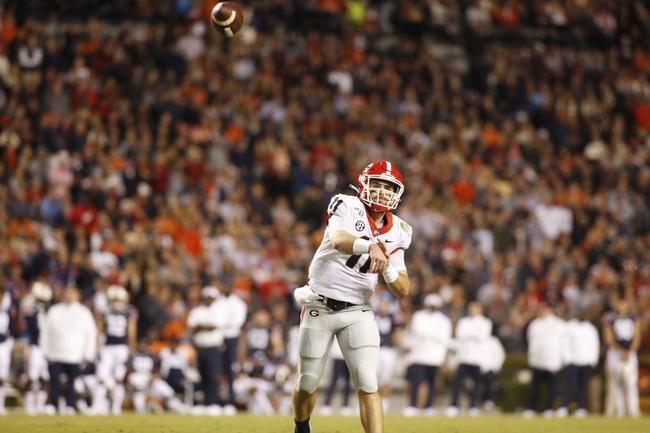 The Texas A&M Aggies and the Georgia Bulldogs meet in a week 13 SEC college football matchup from Sanford Stadium on Saturday.

The Texas A&M Aggies will look to build on their current four game winning streak after a 30-6 beatdown of South Carolina last time out. Kellen Mond has thrown for 2,435 yards 18 touchdowns and 6 interceptions on 64% passing while Isaiah Spiller leads the Aggies in rushing with 796 rushing yards and 8 touchdowns and the aforementioned Mond is 2nd on the team in rushing with 400 yards and 7 scores. Jhamon Ausbon leads Texas A&M in receiving with 54 catches for 744 yards and 3 TDs while Quartney Davis has 489 receiving yards and 4 touchdowns and Kalen Wydermyer has 366 receiving yards and 6 TDs. Buddy Johnson leads A&M’s defense with 64 total tackles and Justin Madubuike has 3.5 sacks this season. As a team, Texas A&M is averaging 434.7 yards of total offense and 34 points per game while allowing 327.9 yards of total defense and 20.3 points per game against this season. 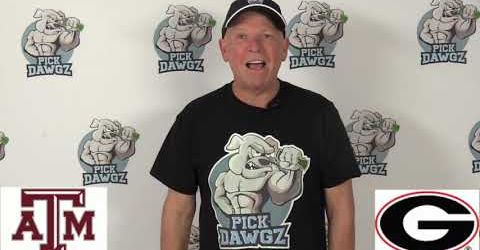 The Georgia Bulldogs will look to build on their four game winning streak and 9-1 record after a 21-14 road win over Auburn last time out. Jake Fromm has thrown for 1,968 yards, 16 touchdowns and 3 interceptions on 648% passing while D’Andre Swift leads Georgia in rushing with 1,027 rushing yards and 7 touchdowns and Brian Herrien has 390 rushing yards and 5 TDs. Lawrence Cager leads Georgia’s receiving group with 33 catches for 476 yards and 4 touchdowns while George Pickens has 400 yards and 4 scores of his own. Defensively, Monty Rice leads the Bulldogs with 66 total tackles while Richard LeCounte has a pair of interceptions and Azeez Ojulari leads Georgia with 4.5 sacks this season. As a team, Georgia is averaging 42.8 yards of total offense and 32.4 points per game while allowing 367.5 yards of total defense and 10.5 points per game against this season.

The Bulldogs should rightfully be favored at home as they’ve been strong offensively and even better on defense for most of the season. However, Georgia is in the driver’s seat in the SEC East, and I just think that the Bulldogs will take a more cautious approach here as they just will be playing not to lose with an extremely winnable game against Georgia Tech to finish out the year. Texas A&M is no slouch, as they’re playing some great football of their own right now and did hang with the defending national champions in Clemson on the road earlier this season. I’ll take a shot at Texas A&M in the points as I have a feeling this ends up being a one score game.