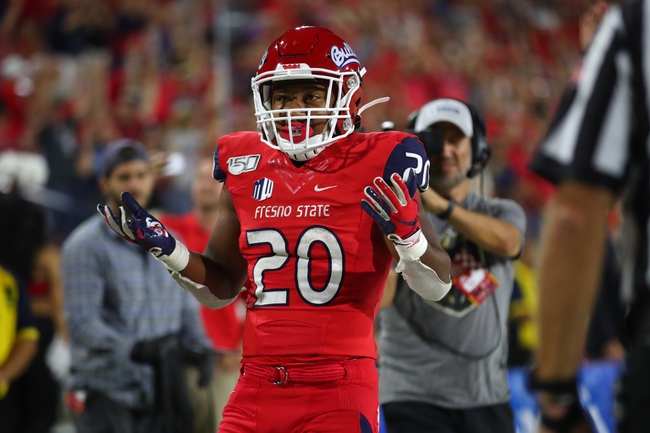 The Nevada Wolf Pack are 3-3 ATS in their last six games as a double-digit underdog. The Fresno State Bulldogs are 1-5 ATS in their last six games as a double-digit favorite. The Nevada Wolf Pack have had an up and down season, but they're still going to a bowl game with at least six wins and just beat a solid San Diego State team on the road two weeks ago. The Fresno State Bulldogs have lost three of their last four games and it seems like their offense and defense have had a hard time getting on the same page all season. When both teams play at their best, Fresno State is probably the better team, but this line seems a bit off when you factor in the inconsistent play on both sides. Give me the points.

Get Premium Picks Start Winning Now »
The pick in this article is the opinion of the writer, not a PickDawgz site consensus.
Previous Pick
Colorado vs. Washington - 11/23/19 College Football Pick, Odds, and Prediction
Next Pick
Hawaii vs. San Diego State - 11/23/19 College Football Pick, Odds, and Prediction