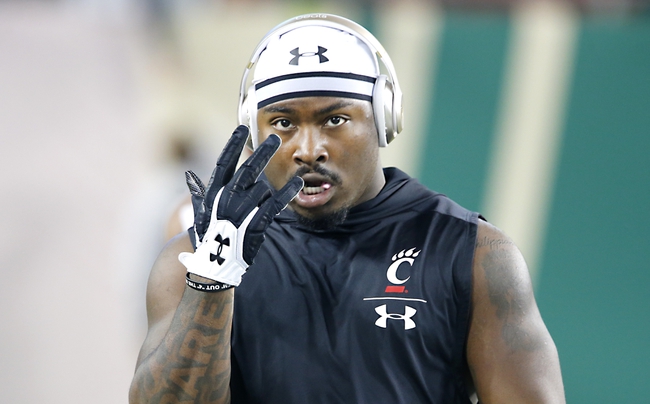 The Temple Owls look for another win after winning five of their last seven games. The Temple Owls have split their last four road games. Anthony Russo is completing 58.9 percent of his passes for 2,258 yards, 18 touchdowns and 10 interceptions. Russo has 11 touchdown passes and eight interceptions in his last eight games. Jaden Blue and Branden Mack have combined for 1,501 receiving yards and eight touchdowns while Isaiah Wright has 43 receptions. The Temple Owls ground game is averaging 136.6 yards per contest, and Re'Mahn Davis leads the way with 724 yards and five touchdowns. Defensively, Temple is allowing 25 points and 384.2 yards per game. Shaun Bradley leads the Temple Owls with 65 tackles, Quincy Roche has 9.5 sacks and Harrison Hand has three interceptions.

The Temple Owls are 5-5 ATS in their last 10 games as a double-digit underdog. The Cincinnati Bearcats are 4-4 ATS in their last eight games as a double-digit favorite. The Temple Owls have thrived in the underdog role, which includes a win last week over Tulane, but I like them a lot more at home than I do on the road and the numbers do as well. The Cincinnati Bearcats continue to make a case for the best team in the AAC and four of their five home wins this season have been decided by 10 or more points. Temple has been kind to us over the years in the underdog role, but Cincinnati is far more balanced and has a knack for blowing teams out at home.