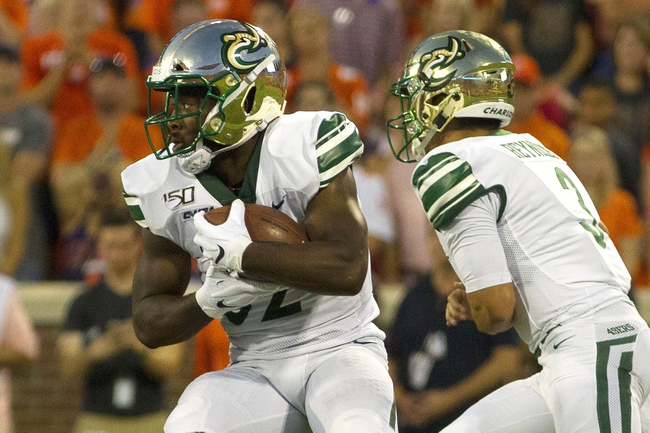 The Marshall Thundering Herd and the Charlotte 49ers meet in week 13 college football action from Jerry Richardson Stadium on Saturday.

Marshall is sitting at 7-3 on the year. The Herd are on a five-game win streak, taking out Old Dominion, Florida Atlantic, Western Kentucky, Rice and LA Tech in that span.

In the win over LA Tech, Marshall QB Isaiah Green put up 213 yards with a TD and an INT, while Brenden Knox had 113 yards and two touchdowns rushing. Obi Obialo added eight receptions for 146 yards there as well.

Over on the Charlotte side, they’re 5-5 this year. The 49ers are 3-4 in their last seven games, falling to Clemson, FL Atlantic, FIU and Western Kentucky before beating North Texas, Middle Tennessee and UTEP.

In the win over UTEP, Charlotte’s Chris Reynolds passed for 354 yards and two TDs with one INT while also leading the team on 91 rush yards. Cameron Dollar was the top receiver there with 157 yards on nine grabs.

Marshall had a couple of relative close calls against FL Atlantic and Western Kentucky, but they’ve been cruising for the most part during this win streak and gaining confidence with every victory.

Charlotte may pose some issues here though, as the Niners have managed at least 28 points in each of their last three games. I’m going to go with Charlotte on a slim cover here, but it should be a really tight one and I’m probably staying away.