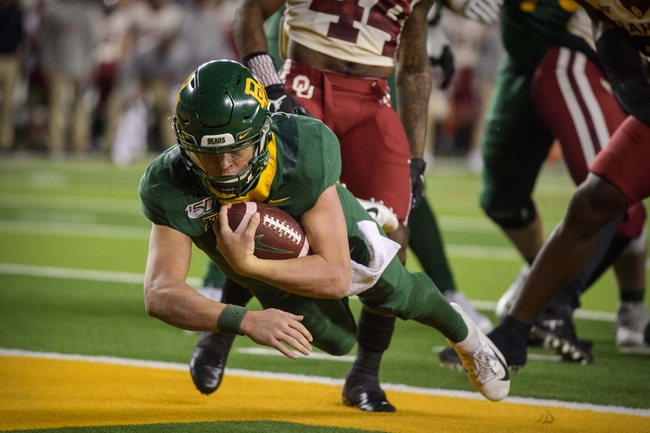 The Texas Longhorns and the Baylor Bears meet in a week 13 Big 12 conference college football matchup from McLane Stadium on Saturday.

The Texas Longhorns will look to bounce back after a 23-21 loss to Iowa State to fall to 6-4 on the year. Sam Ehlinger threw for 273 yards and 3 touchdowns on 22 of 40 passing while also leading the Longhorns on the ground with 27 rushing yards. Devin Duvernay led the Longhorns with 9 grabs for 107 yards while Brennan Eagles and Keaontay Ingram each had 4 receptions and a touchdown. Defensively, D’Shawn Jamison, Brandon Jones and Joseph Ossai each had 9 total tackles with Jamison adding an interception as well. As a team, Texas is averaging 462.5 yards of total offense and 36.1 points per game while allowing 449.4 yards of total defense and 29.9 points per game against this season.

The Baylor Bears will look to rebound as well after a heartbreaking 34-31 loss to Oklahoma in their last outing, suffering their first loss of the season to drop to 9-1. Charlie Brewer threw for 194 yards, 2 touchdowns and an interception on 18 of 29 passing while also leading the Bears with 65 rushing yards and 2 rushing TDs. JaMycal Hasty also had 42 rushing yards while Denzel Mims led Baylor’s receiving group with 6 catches for 92 yards and 2 touchdowns. Defensively, Terrel Bernard led the Bears with 15 total tackles while Chris Miller had 13 total tackles including 11 solo tackles. Blake Lynch had 1.5 sacks and 2 tackles for a loss while Grayland Arnold logged an interception for Baylor in the loss. As a team, Baylor is averaging 459.6 yards of total offense and 35.3 points per game while allowing 337.4 yards of total defense and 19 points per game against this season.

I think it will be interesting to see how Baylor responds after such a heartbreaking loss to Oklahoma, in a game that the Bears had almost locked up in the 3rd quarter, but Baylor just let it slip away. I like what Texas brings to the table with the likes of Ehlinger, Ingram and Duvernay, but I just think that Baylor is going to be a bit ticked off at how things went down against the Sooners and Baylor still has a lot to play for as they’re fighting for a spot in the Big 12 title game. I wouldn’t be surprised if this game went down to the wire and came down to a field goal, but I’ll lay the points with Baylor as I see the Bears winning a 31-24 or 34-27 type of game. 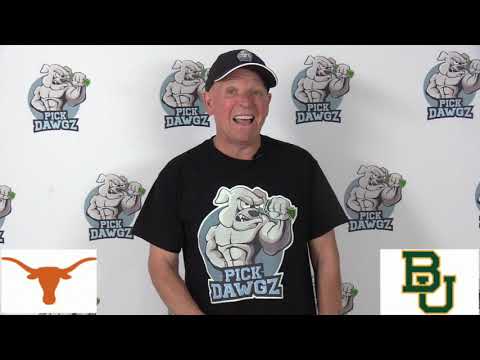