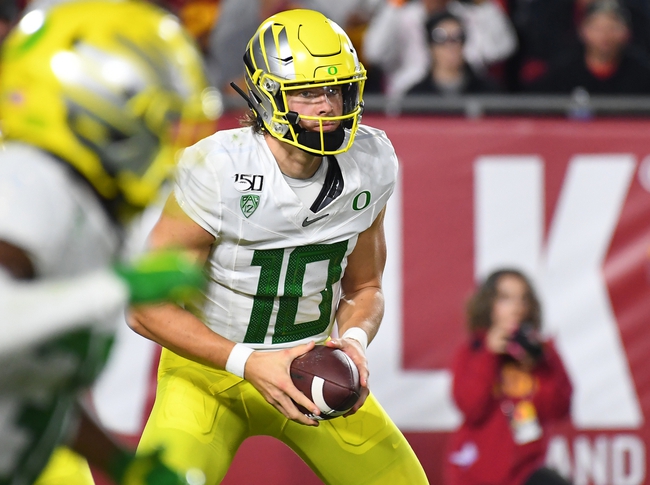 The Oregon Ducks will be looking to build on their nine-game winning streak after a 34-6 beatdown of Arizona last time out. Justin Herbert threw for 2,662 yards, 28 touchdowns and 3 interceptions on 69.6% passing while CJ Verdell leads Oregon in rushing with 814 rushing yards and 5 touchdowns. Travis Dye is 2nd in rushing with 493 rushing yards while Cyrus Habibi-Likio has 266 rushing yards and 7 rushing TDs. Johnny Johnson III leads Oregon with 485 receiving yards as well as 3 touchdowns while Jacob Breeland has 405 receiving yards and 6 touchdowns and Jaylon Redd has a team-high 42 catches for 396 yards and 7 touchdowns. Defensively, Troy Dye leads Oregon with 50 total tackles while Jevon Holland and Verone McKinley III each have 4 interceptions and Kayvon Thibodeaux leads the Ducks with 5.5 sacks this season. As a team, Oregon is averaging 463.8 yards of total offense and 37.8 points per game while allowing 308 yards of total defense and 14.8 points per game against this season. 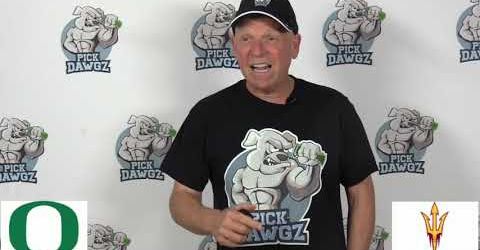 The Arizona State Sun Devils will be out to snap a four-game losing streak after a 35-34 loss to Oregon State in their last outing. Jayden Daniels has thrown for 2,236 yards, 14 touchdowns and 2 interceptions on 61.4% passing while Eno Benjamin leads the Sun Devils on the ground with 801 rushing yards and 8 touchdowns. Brandon Aiyuk leads ASU in receiving with 53 catches for 964 yards and 7 touchdowns while Frank Darby has 472 receiving yards and 6 TDs and Kyle Williams has 342 receiving yards. Defensively, Darien Butler leads Arizona State with 69 total tackles while Jermayne Lole and Khaylan Kearse-Thomas each have 3.5 sacks this season. As a team, Arizona State is averaging 368.2 yards of total offense and 24.7 points per game while allowing 380.4 yards of total defense and 23.5 points per game against this season.

The case you can make for Arizona State is that the Sun Devils’ recent losing skid has seen a lot of the defeats come on the road, but that’s about where it ends as Arizona State is still just 1-3-1 ATS at home this season. Oregon is rolling right now, and has had a lot of success in recent years against Arizona State, both overall and on the road. I just think that Oregon needs to keep building up their resume for the playoff committee, so I’ll lay the points with Oregon on the road here.