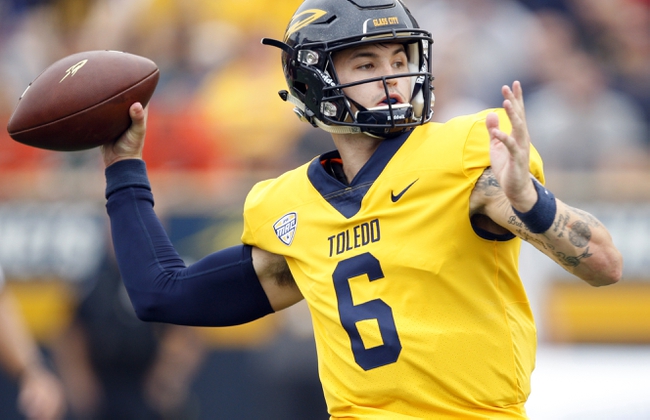 The Toledo Rockets look for a win after splitting their last six games. The Toledo Rockets have lost three of their last four road games. Mitchell Guadagni is completing 64.8 percent of his passes for 1,099 yards, eight touchdowns and two interceptions. Guadagni has four touchdown passes in his last three games. Bryce Mitchell and Danzel McKinley-Lewis have combined for 1,045 receiving yards and five touchdowns while Desmond Phillips has 29 receptions. The Toledo Rockets ground game is averaging 245.7 yards per contest, and Bryant Koback leads the way with 1,066 yards and 10 touchdowns. Defensively, Toledo is allowing 28.8 points and 465.3 yards per game. Jordan Fisher leads the Toledo Rockets with 77 tackles, Saeed Holt has 3.5 sacks and Kahlil Robinson has three interceptions.

The Toledo Rockets are 1-6 ATS in their last seven games as a road underdog. The Buffalo Bulls are 8-3 ATS in their last 11 games as a home favorite. The Toledo Rockets have had defensive issues over the last month and all three of their losses have taken place on the road. The Buffalo Bulls have played their best football by far at home and have been one of the better home covering teams over the last two years. The Buffalo Bulls also become bowl eligible for the second straight season for the first time in school history with a win here. I'll lay the touchdown. 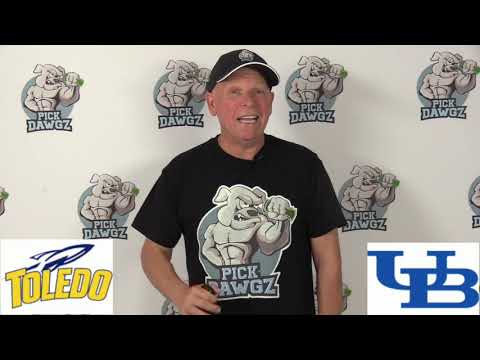