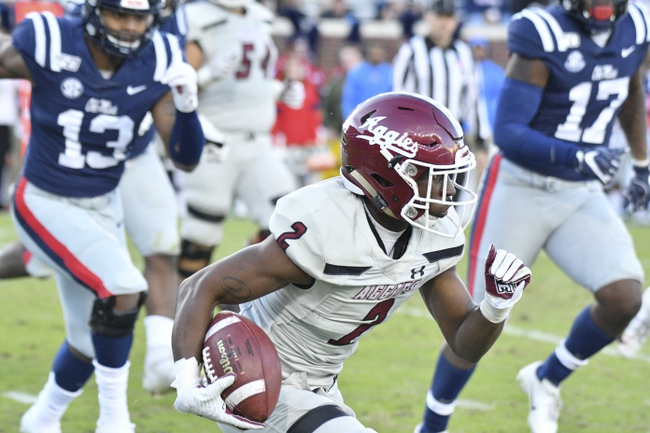 Where to Watch: FLOF Stream live sports and exclusive originals on ESPN+. Sign up now!

The Incarnate Word Cardinals and the New Mexico State Aggies will match up in college football action Saturday.

In the loss to SFA, Incarnate Word QB Jon Copeland had 349 yards, one TD and one INT while Kevin Brown added 44 yards rushing. Kamden Perry put up 105 yards on 11 receptions there as well.

Incarnate Word is sitting on a three-game losing streak right now, but to their credit they’ve fallen by seven seven points or fewer in each of those games so they’ve been competitive.

New Mexico State hasn’t lost by one score or less in any of their past three games, so they’re on the skids right now. I’m going to stick with the Cardinals on the cover here.