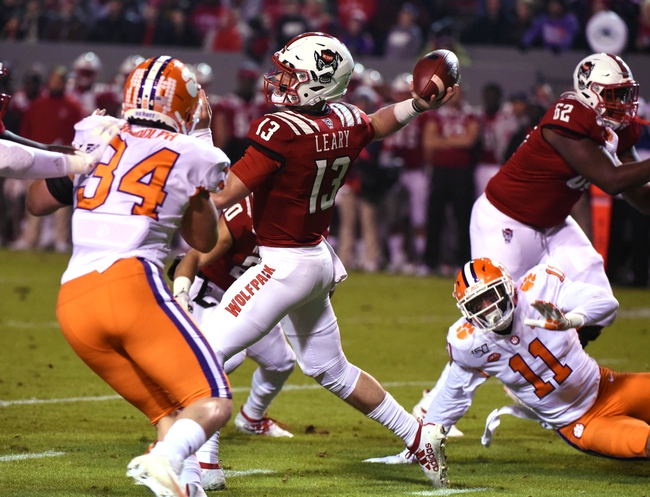 The Louisville Cardinals and the NC State Wolfpack will meet up in college football activity on Saturday.

Louisville sits at 5-4 so far. The Cardinals have wins over Eastern KY, Western KY, Boston College, Wake Forest and Virginia but losses to Notre Dame, FSU, Clemson and Miami-FL.

In the loss to Miami, Louisville QB Malik Cunningham has 219 yards and two scores, while Javian Hawkins had 91 yards rushing. Chatarius Atwell had 142 yards and a TD on six catches there as well.

In the loss to the Tigers, NC State QB Devin Leary had 166 yards and Zonovan Knight rushed for 139 yards and a TD. Cary Angeline added two catches for 53 yards.

Louisville has lost two of their last three games (with one coming to Clemson however) but they are 3-2 over their last five so it’s not all bad. Normally the Cardinals are pretty competitive outside of the elite teams but they were wrecked pretty bad by the Hurricanes.

As for NC State, they’re on a three-game losing skid since beating Syracuse, and they’ve put up just 10 points in each of their last two games. I’m going to stick with Louisville here.