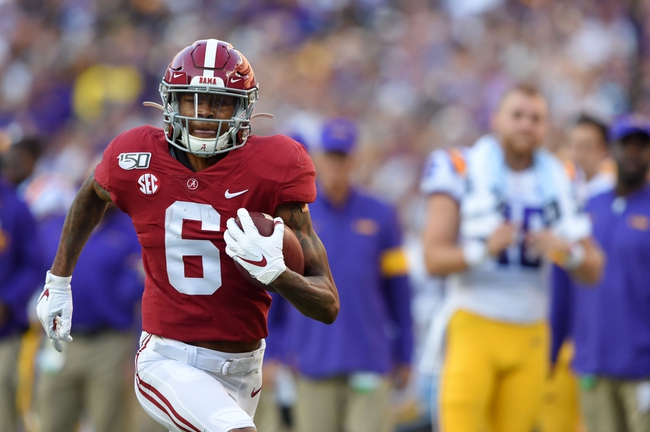 The Alabama Crimson Tide will be looking to rebound from their first loss of the season coming in the form of a 46-41 loss to LSU in their last outing. Tua Tagovailoa has thrown for 2,574 yards, 31 touchdowns and 3 interceptions on 70.9% passing while Najee Harris leads the Tide in rushing with 788 rushing yards and 6 touchdowns and Brian Robinson Jr. has 359 rushing yards and 4 TDs. DeVonta Smith leads Bama’s receiving group with 934 receiving yards and 11 touchdowns while Jerry Jeudy has a team-high 57 catches for 753 yards and 9 TDs and Henry Ruggs III has 581 receiving yards and 6 TDs. Jaylen Waddle has 319 receiving yards while the aforementioned Najee Harris has 215 receiving yards and 5 receiving scores out of the backfield. Defensively, Xavier McKinney leads the Tide with 69 total tackles including a team-high 43 solo tackles. Terrell Lewis and Anfernee Jennings are tied for the team-high with 6 sacks while Trevon Diggs leads Alabama with 3 interceptions. As a team, Alabama is averaging 510.7 yards of total offense and 47.6 points per game while allowing 335.8 yards of total defense and 18.7 points per game against this season. 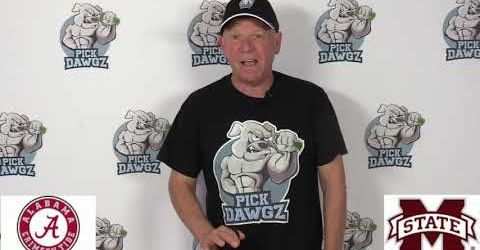 I’d like to give Mississippi State a chance with the points to catch a vulnerable Alabama team fresh off of that narrow loss to LSU. The problem is that I think Alabama is going to be ticked off that they lost such a high-profile game, and Bama knows that they can’t afford anymore slip ups if they’re going to be in the conversation for one of the playoff spots. Alabama hadn’t played the toughest schedule prior to LSU, but the Tide still beat on a lot of their opponents like a proverbial drum, so I’ll lay the points with Alabama in this one as I think they run all over the Bulldogs here.