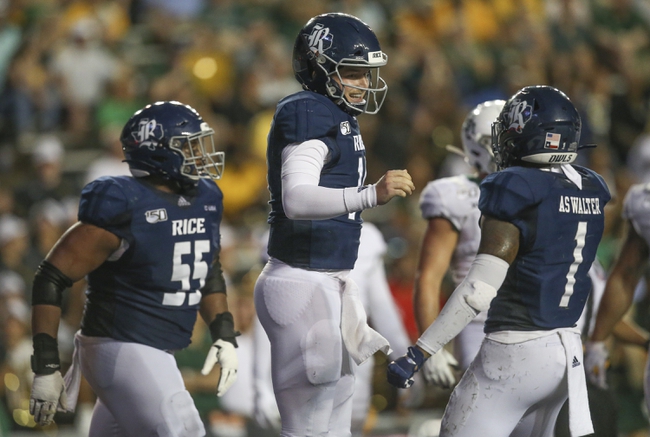 The Rice Owls and the Middle Tennessee Blue Raiders will match up in college football action Saturday.

In the loss to Marshall, Rice QB Jovoni Johnson had 97 yards and a TD, and Juma Otoviano had 66 yards rushing. Austin Trammell led the receivers on 35 yards from four catches.

Over on the Middle Tennessee side, they’re 3-6 this year. Outside of wins over Tennessee State, Marshall and FIU the Raiders have lost to Michigan, Duke, Iowa, Florida Atlantic, North Texas and Charlotte.

In the loss to the 49ers, Middle Tennessee QB Asher O’Hara had 118 yards, two scores and a pick while also leading the team in rushing on 148 yards and a score. Tyrese Johnson had 36 yards on a single catch to lead the receivers.

Rice has had a couple of outings this season where they’ve been close in their losses, but those have been pretty sporadic. The Owls have fallen to Southern Miss by 14 and Marshall by 13 in their last two games.

As for Middle Tennessee, they’ve lost three of their last four games, and two of those losses have come at least 14 points. That said, Rice should be just what the doctor ordered here at home so I’m going with the Raiders on the cover.