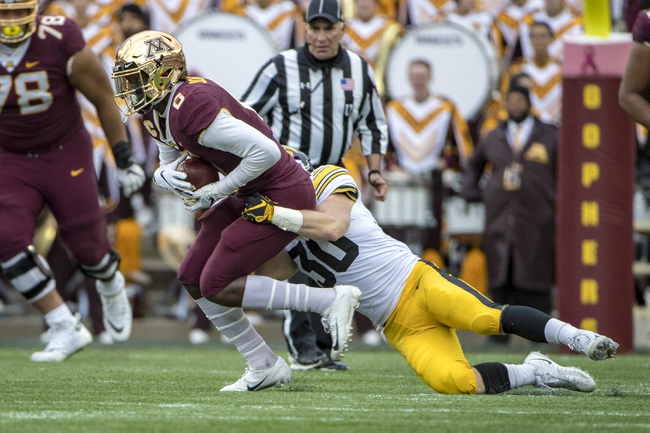 The Iowa Hawkeyes look for a win after splitting their last six games. The Iowa Hawkeyes have won four of their last five home games. Nate Stanley is completing 60.7 percent of his passes for 2,158 yards, 12 touchdowns and five interceptions. Stanley has three or more touchdown passes in six of his last 18 games. Ihmir Smith-Marsette and Tyrone Tracy Jr. have combined for 926 receiving yards and six touchdowns while Brandon Smith has 33 receptions. The Iowa Hawkeyes ground game is averaging 139.2 yards per contest, and Mekhi Sargent leads the way with 464 yards and four touchdowns. Defensively, Iowa is allowing 11.7 points and 288.9 yards per game. Jack Koerner leads the Iowa Hawkeyes with 50 tackles, A.J. Epenesa has 4.5 sacks and Michael Ojemudia has two interceptions.

The Minnesota Golden Gophers are 3-1 ATS in their last four games as a road underdog. The Iowa Hawkeyes are 2-4 ATS in their last six games as a home favorite. The Minnesota Golden Gophers fattened our pockets last week with an outright win over Penn State, and I'm not sure what else they have to do to earn respect from oddsmakers. Morgan is getting better each week at QB and the defense is solid with a playmaking secondary. Iowa has been tripped up in three of its last five games and the offense has been held to 20 or less points in four of its last seven games. The Minnesota Golden Gophers are the better team and have to be thinking possible playoffs at this point. I'll gladly take the free points with the Gophers again. 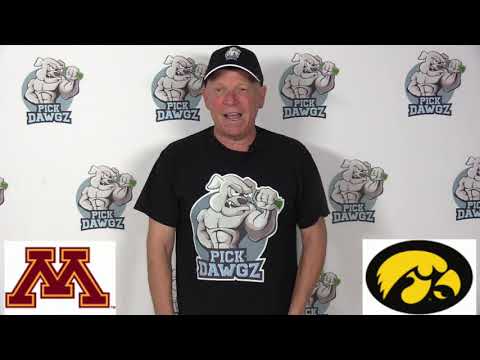