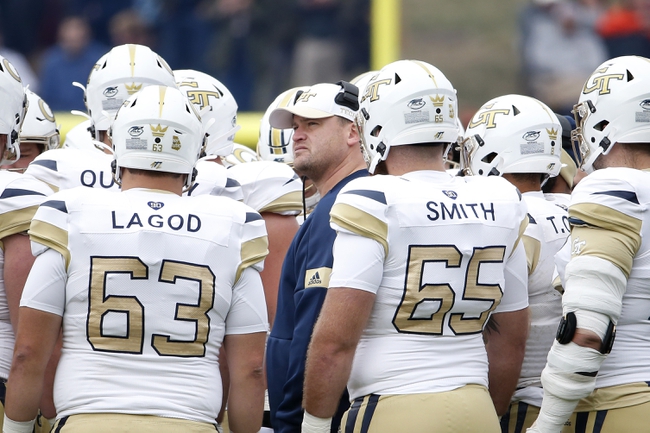 The Virginia Tech Hokies and the Georgia Tech Yellow Jackets will match up on the college football circuit Saturday.

Virginia Tech is 6-3 so far. The Hokies have lost to Boston College, Duke and Notre Dame but won versus ODU, Furman, Miami-FL, Rhode Island, UNC and Wake Forest.

Over on the Georgia Tech side, they’re 2-7 so far. The Jackets have wins over South Florida and Miami-FL, and they’ve lost to Clemson, the Citadel, Temple, UNC, Duke, Pitt and Virginia.

In the loss to the Cavaliers, Georgia Tech QB James Graham had 229 yards with two TDS and a pick, and Jordan Mason rushed for 94 yards and a TD. Ardell Brown posted a 59-yard touchdown catch as well.

Virginia Tech is playing well since their blowout loss to Duke. In those five games, they’re 4-1 (with the one loss coming on a 21-20 defeat by Notre Dame) and they’ve put up at least 34 points in each of their wins.

As for Georgia Tech, they’ve been scoring better lately but are still pretty inconsistent. I’m going to stick with the Hokies on the cover here.