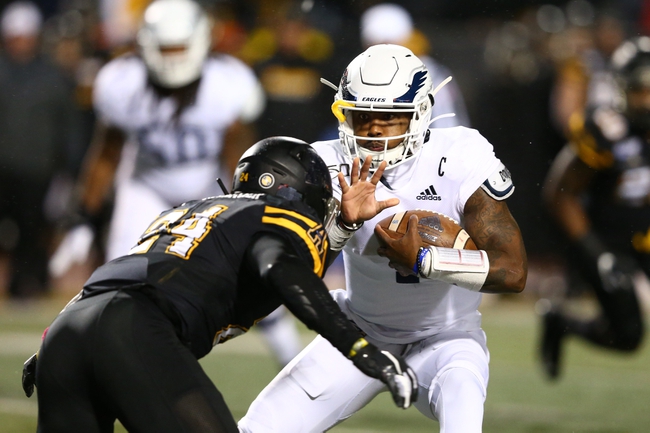 The Louisiana-Monroe Warhawks will look to build on a 45-31 win over Georgia State last time out. Caleb Evans has thrown for 1,978 yards, 15 touchdowns and 6 interceptions on 62.2% passing while Josh Johnson leads the Warhawks in rushing with 1,017 rushing yards and 9 touchdowns this season. The previously mentioned Evans has 621 rushing yards and 9 TDs of his own while Josh Pederson leads the Warhawks in receiving with 399 receiving yards and 7 touchdowns and Markis McCray is right behind with a team-high 36 catches for 398 yards and 4 TDs. Zach Jackson and Jonathan Hodoh each have 200+ receiving yards for the Warhawks this year. Defensively, Cortez Sisco Jr. leads ULM with 70 total tackles including a team-high 31 solo tackles while Donald Louis Jr. leads the Warhawks with 5.5 sacks and Corey Straughter has 5 interceptions this season. As a team, Louisiana-Monroe is averaging 447.8 yards of total offense and 30.6 points per game while allowing 499.3 yards of total defense and 37.8 points per game against this season.

The Georgia Southern Eagles will look to bounce back after having their four game winning streak snapped thanks to a 49-28 road loss to Troy last time out. Shai Wertz has thrown for 376 yards and 5 touchdowns while J.D. King leads Georgia Southern in rushing with 567 rushing yards and 4 touchdowns and Wesley Kennedy III is right behind with 532 rushing yards and 8 TDs. Werts has 408 rsuhing yards and Matt LaRoche has 305 rushing yards while Malik Murray leads the Eagles with 11 catches for 141 yards this season. Defensively, Rashad Byrd leads the Eagles with 69 total tackles while Reynard Ellis has 59 total tackles including a team-high 38 solo tackles. Dillon Springer also leads the Eagles with 3 sacks this season. As a team, Georgia Southern is averaging 316.1 yards of total offense and 25.3 points per game while allowing 380.2 yards of total defense and 29.6 points per game against this season.

You could genuinely make a case for either side here as both teams desperately need the win to fight towards bowl eligibility. However, the Warhawks are allowing 255.1 rushing yards per game which is near the bottom of the country in terms of defending the run, and numbers like that won’t fly against the Eagles and that option offense. A win here would lock up a bowl berth for the Eagles, and I think they get it as Georgia Southern runs all over the Warhawks here so I’ll lay the touchdown.