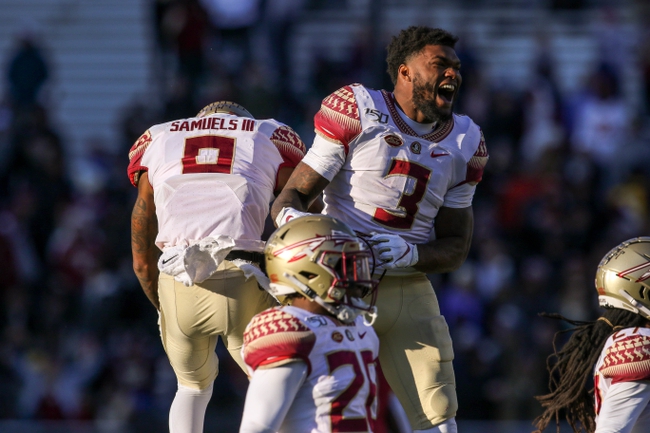 The Alabama State Hornets and the Florida State Seminoles will meet on the college football circuit Saturday.

Alabama State enters this one at 5-4 so far. The Hornets have fallen to UAB, Kennesaw State, Alcorn State and Alabama A&M but beaten Tuskegee, Grambling State, Jackson State, MS Valley and TX Southern.

In the win over the Tigers, Alabama State QB KaDarius Davis managed 226 yards with three TDs. Michael Jefferson hauled in five catches for 102 yards and three TDs, and Ezra Gray had 154 yards rushing.

Over on the Seminoles’ side, they’re 5-5 this year. The Seminoles have lost to Boise State, Virginia, Clemson, Wake Forst and Miami-FL, but beaten LA-Monroe, Louisville, NC State, Syracuse and Boston College.

In the win over BC, Florida State QB James Blackman had 346 yards with two scores, and Jordan Travis rushed for 94 yards and two TDs. Tops in receiving there was Tamorrion Terry with 156 yards and a TD on seven grabs.

Alabama State has consecutive wins under their belt, and even though the TX Southern game was a little close it’s still their third win in four games (the other being an OT loss to Alabama A&M).

As for Florida State, they’ve been highly inconsistent on offense, but they’ve got at least 35 points in two of their last three. Still, I’m going to go with the Hornets on the cover here. I think they can get in.