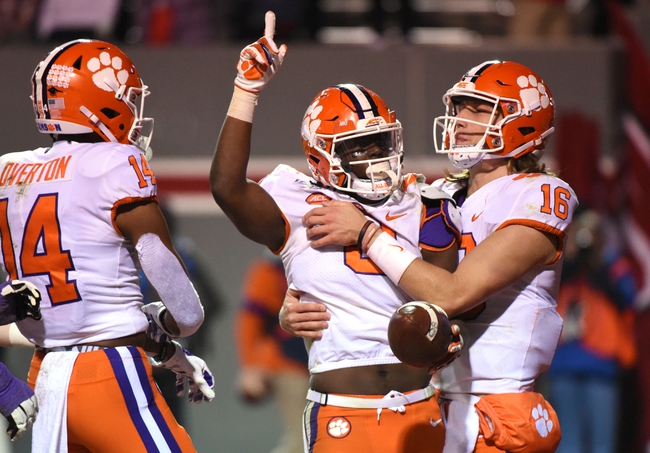 The Wake Forest Demon Deacons and the Clemson Tigers will meet up on the college football gridiron Saturday.

In the loss to VT, Wake QB Jamie Newman had 238 yards with two TDs and two picks, with Kendall Hinton catching eight balls for 162 yards. Cade Carney led the rush there with 46 yards.

Over on the Clemson side, they’re 10-0 this year. The Tigers have taken out Georgia Tech, Texas A&M, Syracuse, Charlotte, UNC, Florida State, Louisville, Boston College, Wofford and NC State.

In the win over NC State, Clemson QB Trevor Lawrence put up 276 yards and three TDs, and Travis Etienne had 112 yards and two scores rushing. Justyn Ross managed 75 yards and a TD on four catches there as well.

Wake just couldn’t get anything going in their loss to Virginia Tech, scoring just 17 points. That makes two of the last three games where the Deacons have scored 22 points or fewer, but they’d been solid defensively in the two games up to that point.

As for Clemson, they’ve been pretty Clemson-y over their last five games, posting at least 45 points in each. That said, I think Wake is just good enough offensively to sneak in there.