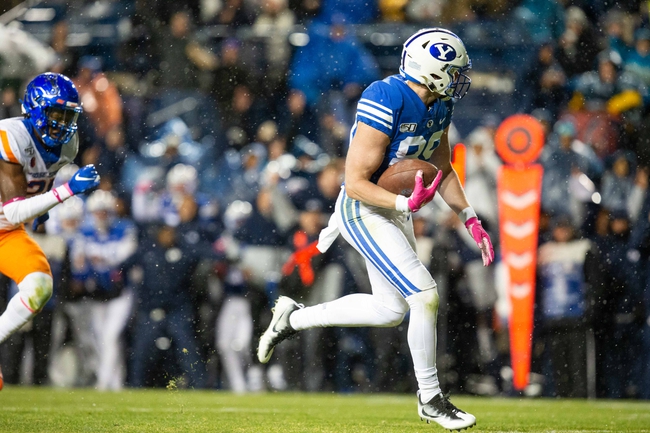 The Idaho State Bengals and the BYU Cougars will match up on the college football circuit Saturday.

In the loss to the Eagles, Idaho State QB Matt Struck posted 260 yards and three picks, and Malakai Rango added 56 rush yards. Tanner Conner was the top receiver there with his 130 yards off seven grabs.

Over on the BYU side, they’re 5-4 this year. The Cougars have losses to Utah, Washington, Toledo and South Florida but they’ve beaten Tennessee, USC, Boise State, Utah State and Liberty.

In the win over Liberty, BYU quarterback Baylor Romney put up 262 yards with three scores and an INT, and Sione Finau had 69 rush yards. Micah Simon added 91 yards and a TD on seven grabs.

Idaho State is on a four-game losing streak, and in those matchups they’ve surpassed 21 points just once (34 against Southern Utah). The Bengals have also allowed 45 or more points in three of those games.

As for BYU, they’ve got a three-game win streak going and are playing pretty well. Four of their last five games have been decided by a score or less though. Still, I like the Cougars to keep it going here and cover.