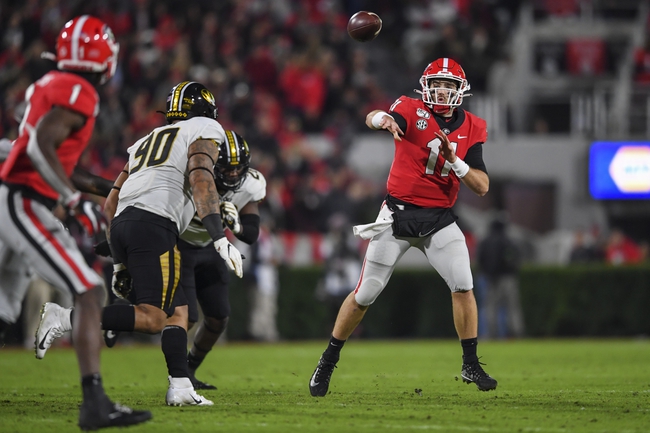 The Georgia Bulldogs and the Auburn Tigers meet in a week 12 SEC conference college football matchup from Jordan-Hare Stadium on Saturday afternoon.

The Georgia Bulldogs will look to build on a 27-0 win over Missouri in their last outing to improve to 8-1 on the year. Jake Fromm has thrown for 1,858 yards, 13 touchdowns and 3 interceptions on 67% passing while D’Andre Swift has rushed for 921 rushing yards and 7 touchdowns and Brian Herrien has 366 rushing yards and 5 TDs. Lawrence Cager leads UGA with 37 grabs for 470 yards and 4 touchdowns while George Pickens has 389 receiving yards and 4 TDs as well. Demetris Robertson and Dominick Blaylock each have 200+ receiving yards for Georgia this season. Defensively, Monty Rice leads Georgia with 56 total tackles while Azeez Ojulari leads the Bulldogs with 4.5 sacks and Richard LeCounte has 2 interceptions this season. As a team, Georgia is averaging 449.7 yards of total offense and 33.7 points per game while allowing 260.7 yards of total defense and 10.1 points per game against this season. 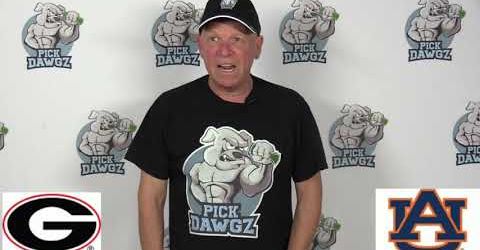 The Auburn Tigers will try to find some consistency after alternating wins and losses in each of their last 5 games after a 20-14 win over Ole Miss last time out. Bo Nix has thrown for 1,798 yards, 12 touchdowns and 6 interceptions on 56.5% passing while JaTarvious Whitlow has 553 rushing yards and 7 touchdowns. D.J. Williams has 303 rushing yards while Kam Martin, the previously mentioned Nix and Shaun Shivers each have 200+ rushing yards for Auburn this season. Seth Williams leads Auburn with 35 catches for 569 yards and 8 touchdowns while Anthony Schwartz has 305 receiving yards and Eli Stove has 247 receiving yards this season. Defensively, Jeremiah Dinson leads the Tigers with 61 total tackles while Marlon Davidson leads Auburn with 5.5 sacks and Derrick Brown has 4 sacks this season. As a team, Auburn is averaging 425.6 yards of total offense and 32.7 points per game while allowing 334.1 yards of total defense and 17.4 points per game against this season.

I’ve gone back and forth on this game and a free touchdown at Jordan-Hare Stadium is mighty tempting. However, Georgia can’t afford to slip up if they want to keep hold of the SEC East division and their spot in the SEC title game, and the Bulldogs need as many resume building wins as possible if for whatever reason they don’t win the conference championship. Auburn’s had issues with consistency lately and the Tigers struggled to put away an average at best Ole Miss team, and while Bo Nix has been good, I’ve been waiting for him to crumble in a pressure spot and I think this could be it, so I’ll lay the points with Georgia on the road here.