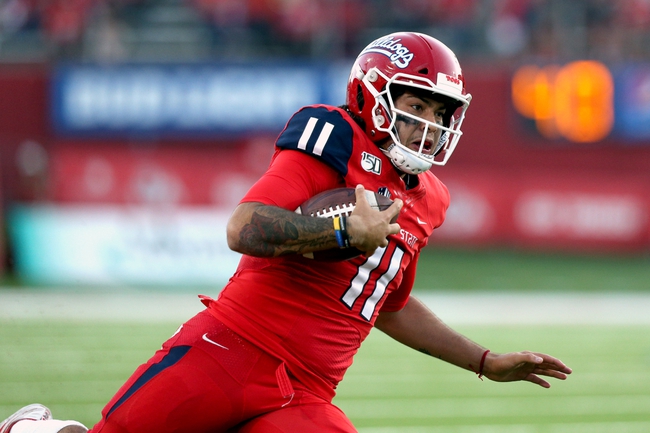 The Fresno State Bulldogs will look to find some consistency after alternating wins and losses in each of their last six games following a 37-35 loss to Utah State in their last outing. Jorge Reyna has thrown for 2,106 yards, 11 touchdowns and 6 interceptions on 64.3% passing while Ronnie Rivers leads the Bulldogs in rushing with 655 rushing yards and 11 touchdowns. Jalen Cropper has 343 rushing yards with 3 touchdowns while the aforementioned Reyna and Josh Hokit each have 200+ rushing yards with Hokit logging 9 rushing touchdowns this season. Zane Pope leads Fresno State in receiving with 38 catches for 397 yards while Derrion Grim, Keric Wheatfall and Cropper have 200+ receiving yards this season. Justin Rice leads Fresno State’s defense with 85 total tackles and Mykal Walker has 75 total tackles while Kevin Atkins has 3 sacks and three different Bulldogs have a pair of interceptions this season. As a team, Fresno State is averaging 415.8 yards of total offense and 34.3 points per game while allowing 422.4 yards of total defense and 32.4 points per game against this season.

The San Diego State Aztecs will look to rebound after having their four game winning streak snapped with a 17-13 loss to Nevada as 17-point favorites in their last outing. Ryan Agnew has thrown for 1,623 yards, 10 touchdowns and 4 interceptions on 62.2% passing while Juwan Washington leads SDSU in rushing with 450 rushing yards. Chance Bell has 307 rushing yards while Jordan Byrd and Chase Jasmin each have 200+ rushing yards on the year. Kobe Smith leads the Aztecs with 554 receiving yards on 46 catches with 4 touchdowns while Jesse Matthews has 293 receiving yards and Daniel Bellinger has 127 receiving yards this season. Defensively, Kyahva Tezino leads the Aztecs with 78 total tackles as well as logging 3 sacks while Keshawn Banks has a team-high 4.5 sacks, Myles Cheatum has 4 sacks and Luq Barcoo has a team-high 5 interceptions this season. As a team, San Diego State is averaging 327.7 yards of total offense and 20.8 points per game while allowing 277.2 yards of total defense and 14.4 points per game against this season.

So you have a team in Fresno State that can score but has been involved in a lot of high-scoring games against a team in San Diego State who doesn’t score a ton but makes up for it with stout defense. The difference for me is that Fresno State has been more battle-tested on the road this season, playing USC on the road in their opener as well as taking Minnesota to the limit at home and the Bulldogs have won two of their three road conference games outright. San Diego State doesn’t have the horses to pull themselves back in if Fresno State gets going early, and the Bulldogs still need key wins to become bowl eligible. It probably won’t be a popular pick, but I’ll take the free points with Fresno State in a game I see the Bulldogs winning by at least a field goal. 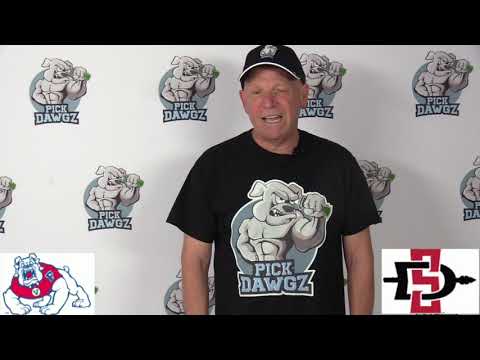