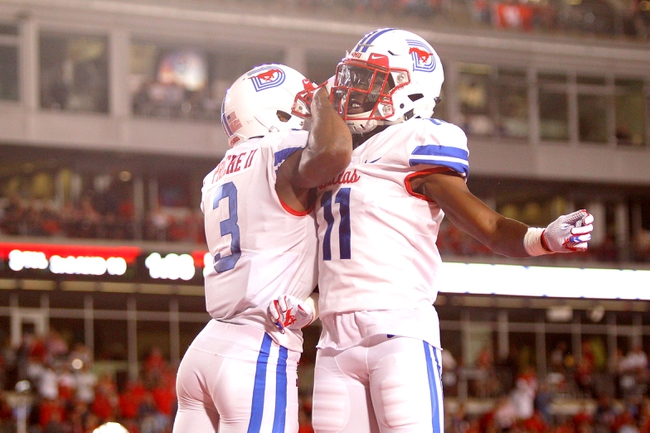 The SMU Mustangs look for a bounce back showing to build on their 8-1 record. The SMU Mustangs have won five of their last six home games. Shane Buechele is completing 63.2 percent of his passes for 2,781 yards, 23 touchdowns and seven interceptions. Buechele has two or more touchdown passes in each of his last eight games. James Proche and Reggie Roberson Jr. have combined for 1,644 receiving yards and 16 touchdowns while Kylen Granson has 26 receptions. The SMU Mustangs ground game is averaging 191 yards per contest, and Xavier Jones leads the way with 906 yards and 15 touchdowns. Defensively, SMU is allowing 30 points and 401.7 yards per game. Richard McBryde leads the SMU Mustangs with 65 tackles, Patrick Nelson has 9.5 sacks and Rodney Clemons has four interceptions.

The East Carolina Pirates are 3-12 ATS in their last 15 games as a double-digit road underdog. The SMU Mustangs are 6-4 ATS in their last 10 games as a double-digit home underdog. The East Carolina Pirates have allowed 40-plus points in each of their last three games and are losing their last four games by an average of 12.75 points. The SMU Mustangs aren't the best defensive team in the world as they showed last week, but they can score in bunches and will look to take out some frustration with the way last week went down. SMU should have a field day in this game offensively and ECU has had issues covering in the underdog role for years. It's SMU in a blowout or pass.