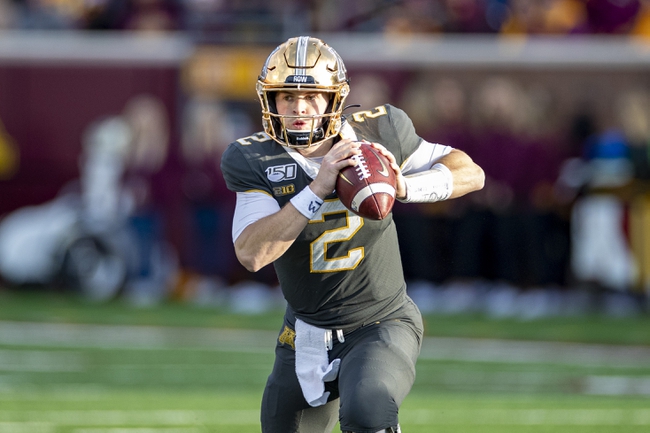 The Penn State Nittany Lions are 7-3 ATS in their last 10 games as a road favorite. The Minnesota Golden Gophers are 10-3 ATS in their last 13 games as a home underdog. Penn State is finding ways to win, but this is also a team that's been in a few close calls this season, which includes three of its last six wins being decided by single digits. Minnesota has beaten up on the bottom of the Big Ten this season and the Golden Gophers have played just three teams with a winning record overall. However, I'm also seeing a team in Minnesota that's getting stronger as the weeks go by and they're allowing just 10.25 points in their last four games. The Minnesota Golden Gophers aren't sexy and don't get much love from oddsmakers, but they play hard and are starting to win games with style points. Give me my free touchdown.