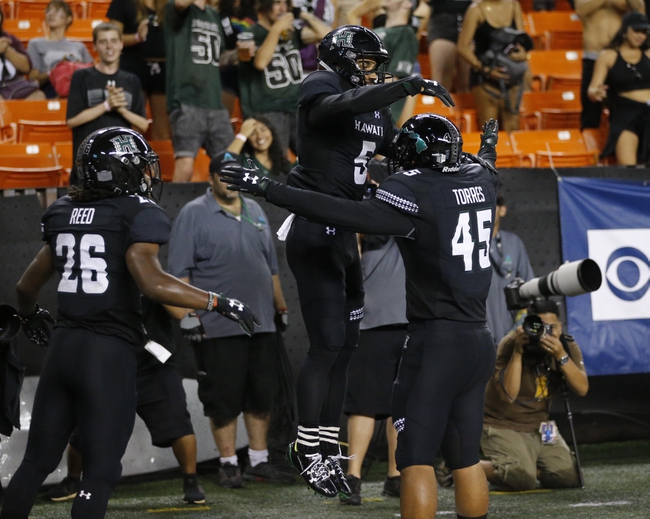 The San Jose State Spartans are 7-1-1 ATS in their last nine games as a road underdog. The Hawai'i Rainbow Warriors are 1-13-1 ATS in their last 15 games as a home favorite. The San Jose State Spartans has gone toe-to-toe with some of the best teams in the conference and even has a road win over the Arkansas Razorbacks. The Hawai'i Rainbow Warriors are capable of scoring a lot of points, but they've also allowed 41 or more points in three of their last four games. It's not easy to play Hawaii on its island, but San Jose State has the offensive playmakers to hang around and has been kind to us all year in the betting department. Hawaii never covers as home favorites. Give me my free touchdown.