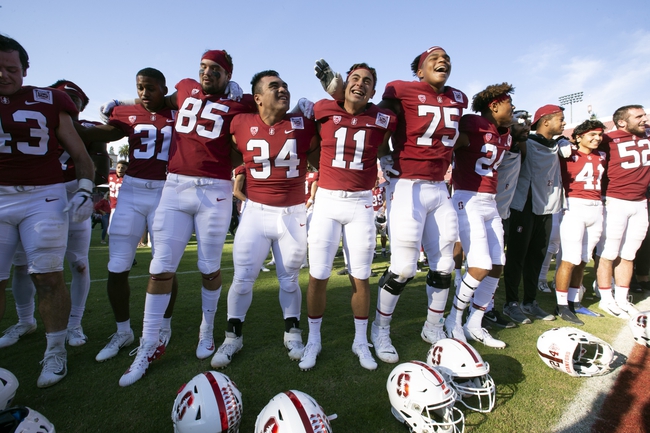 The Stanford Cardinal and the Colorado Buffaloes will match up on the college football circuit Saturday.

Stanford is sitting at 4-4 so far. The Cardinal have losses to USC, UCF, Oregon and UCLA but have gotten wins versus Northwestern, Oregon State, Washington and Arizona.

In the win over Arizona, Stanford QB KJ Costello had 322 yards and three TDs, and Cameron Scarlett led the rush on 102 yards and two scores. Tops in receiving there was Simi Fehoko with 97 yards and two TDs.

Over on the Colorado side, they’re 3-6 so far. The Buffaloes have wins over Colorado State, Nebraska and Arizona State but have lost to Air Force, Airzona, Oregon, Washington State, USC and UCLA.

In the loss to the Bruins, Colorado QB Steven Montez had 195 yards, one TD and one INT, and Tony Brown led the receivers with 77 yards and a score from six grabs. Tops in rushing was Jaren Mangham with 77 yards.

Stanford bounced back from a pretty ineffective performance against UCLA to outpace Arizona for a 41-31 win. That makes three wins in the last four games for the Cardinal, and at least 23 points scored in all three Ws.

As for Colorado, they’ve got 14 points or fewer in three of their last four games and are really permissive on defense these days. I’m going to stick with Stanford here.

Get Premium Picks Start Winning Now »
The pick in this article is the opinion of the writer, not a PickDawgz site consensus.
Previous Pick
New Mexico vs. Air Force - 11/9/19 College Football Pick, Odds, and Prediction
Next Pick
Michigan State vs. Illinois - 11/9/19 College Football Pick, Odds, and Prediction