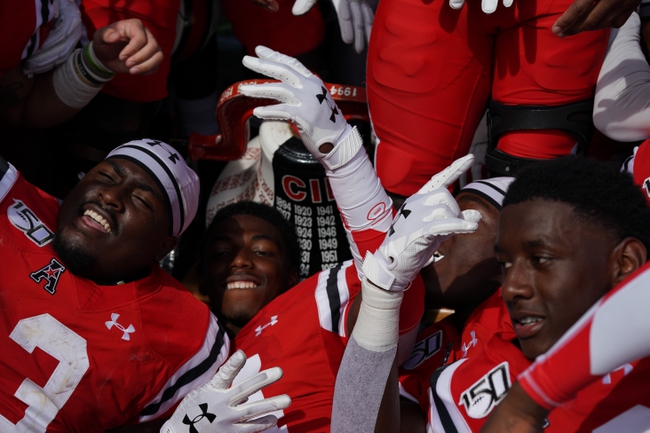 The UConn Huskies need a win here after losing seven of their last eight games. The UConn Huskies have lost three of their four road games this season. Jack Zergiotis is completing 58 percent of his passes for 1,079 yards, five touchdowns and eight interceptions. UConn quarterbacks have combined for 10 touchdowns and 11 interceptions this season. Cameron Ross and Ardell Brown have combined for 770 receiving yards and three touchdowns while Art Thompkins has 35 receptions. The UConn Huskies ground game is averaging 136.2 yards per contest, and Kevin Mensah leads the way with 803 yards and nine touchdowns. Defensively, UConn is allowing 39.8 points and 445.8 yards per game. Tyler Coyle leads the UConn Huskies with 68 tackles, Lwal Uguak has four sacks and Abiola Olaniyan has one interception.

The UConn Huskies are 3-6 ATS in their last nine games as a double-digit road underdog. The Cincinnati Bearcats are 4-4 ATS in their last eight games as a double-digit home favorite. The UConn Huskies have scored 17 or less points in three of their last four games, and they're back to being one of the worst defensive teams in college football. The Cincinnati Bearcats are looking like one of the best teams in the AAC, and they beat UConn on the road last season by 42 points. Bottom line is UConn is a heavy underdog every week and rarely covers the number. So, it's the Bearcats in a blowout or pass.