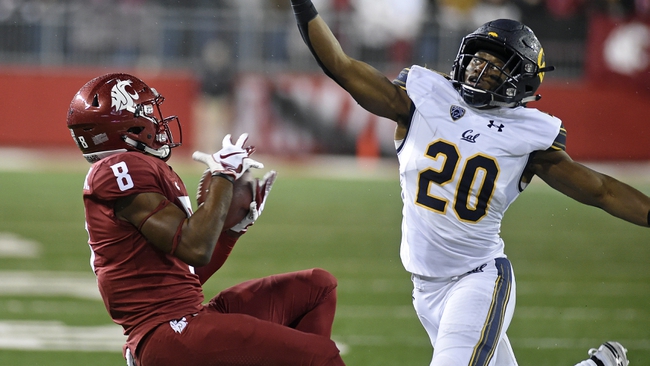 Where to Watch: PAC12 Stream live sports and exclusive originals on ESPN+. Sign up now!

The Washington State Cougars are 5-5 ATS in their last 10 games as a road favorite. The Cal Golden Bears are 9-4 ATS in their last 13 games as a home underdog. Washington State hasn't been the same team since blowing that 30-point lead to UCLA, as the Cougars were looking at a 3-0 record and are now 4-4 and fighting for their bowl lives. The Cal Golden Bears are averaging 10.25 points during their four-game losing streak and it doesn't look like help is coming anytime soon with Garbers still out. I don't want to lay big chalk with the Washington State Cougars as much as the next guy, but Cal will have problems in this game if it can't score. The Cougars should have a field day in this game.