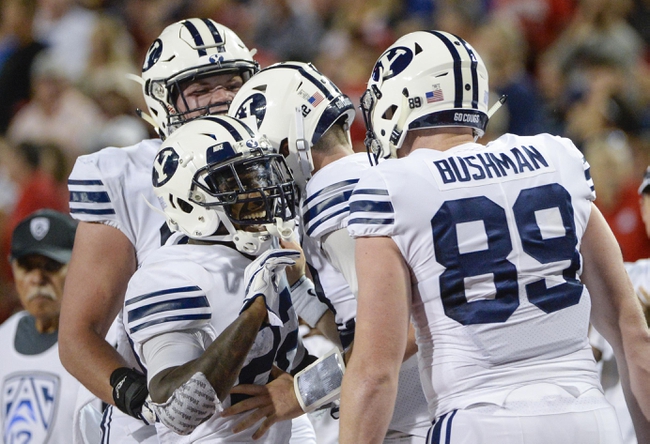 The Liberty Flames look for another victory after winning six of their last seven games. The Liberty Flames have split their last four road games. Stephen Calvert is completing 61.7 percent of his passes for 2,698 yards, 20 touchdowns and three interceptions. Calvert has two or more touchdown passes in five of his last seven games. Antonio Gandy-Golden and DJ Stubbs have combined for 1,430 receiving yards and 10 touchdowns while Kevin Shaa has 24 receptions. The Liberty Flames ground game is averaging 144.4 yards per contest, and Joshua Mack leads the way with 581 yards and five touchdowns. Defensively, Liberty is allowing 26.1 points and 419.1 yards per game. Solomon Ajayi leads the Liberty Flames with 64 tackles, Jessie Lemonier has 8.5 sacks and Bejour Wilson has two interceptions.

The Liberty Flames are 3-3 ATS in their last six games as a double-digit underdog. The BYU Cougars are 9-3 ATS in their last 12 games as a double-digit home favorite. The Liberty Flames continue to light it up offensively and win/cover games in the process, and Calvert is one of the better quarterbacks majority of the country doesn't know. The BYU Cougars has rebounded from three straight losses with back-to-back wins, but the offense can still be hit or miss and this isn't the same physical defense we're used to seeing this program have. Liberty can score points with the best of them and isn't going to be intimated traveling to the mountains. Give me the truckload of points.