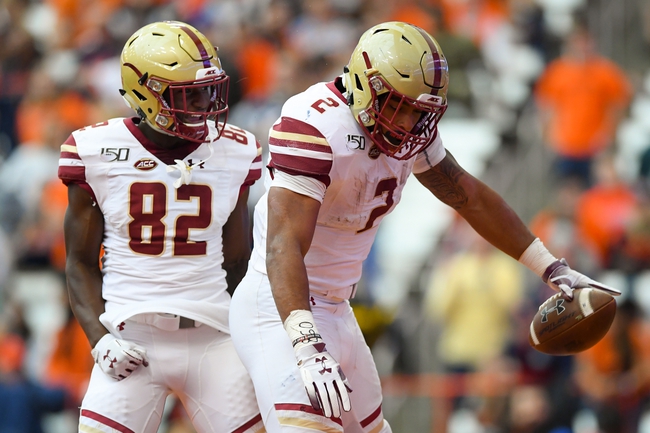 The Florida State Seminoles and the Boston College Eagles will match up on the college football circuit Saturday.

Florida State is 4-5 this season. The Seminoles have wins over LA-Monroe, Louisville, NC State and Syracuse but have otherwise lost to Boise State, Virginia, Clemson, Wake and Miami-FL.

In the loss to Miami, Florida State QB Alex Hornibrook posted 135 yards with a TD and an INT, and Cam Akers logged 66 yards. Leading the receivers was Tamorrion Terry with four grabs for 40 yards.

Over on the Boston College side, they’re 5-4 so far. The Eagles have losses to Kansas, Wake, Louisville and Clemson but they’ve beaten Virginia Tech, Richmond, Rutgers, NC State and Syracuse.

Florida State’s coaching staff is in a state of flux right now following Willie Taggart’s dismissal, so don’t expect much of a cohesive effort here (but the Seminoles have been anything but cohesive this year anyway). FSU has had some good efforts mixed in this year, but going 1-3 over the last four games is a motivation killer.

In any case, Boston College has shown some strong outings this year and I don’t think they’ll have a whole lot of issues against a reeling team here. Give me the Eagles.