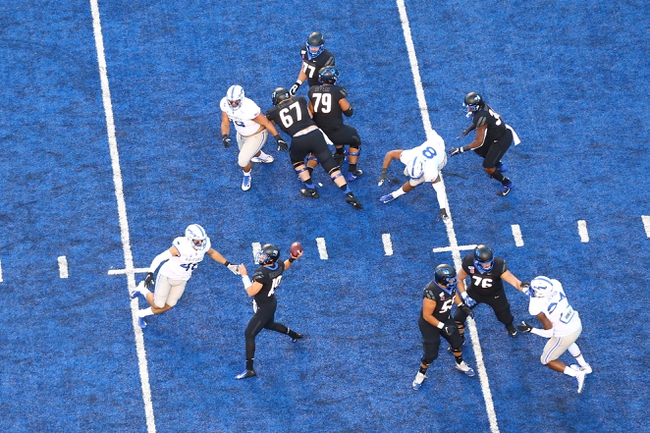 The Wyoming Cowboys will look to build on back-to-back victories following a 31-3 beatdown of Nevada in their last outing. Sean Chambers has thrown for 915 yards, 7 touchdowns and 3 interceptions on 43% passing while Xazavian Valladay has rushed for a team-high 631 rushing yards and 4 touchdowns. The previously mentioned Chambers has also rushed for 567 yards and 10 TDs while Titus Swen has 337 rushing yards and Trey Smith has 227 rushing yards for the Cowboys this season. Raghib Ismail Jr. leads Wyoming with 11 catches for 203 yards while Austin Conway, Jackson Marcotte and Gunner Gentry each have 100+ receiving yards for the Cowboys this year. Defensively, Alijah Haliburton has a team-high 76 total tackles including a team-leading 48 solo tackles. Solomon Byrd leads Wyoming with 6 sacks this season while Garrett Crall has 4 sacks and Cassh Malula has a pair of interceptions. As a team, Wyoming is averaging 364.2 yards of total offense and 28.9 points per game while allowing 387.1 yards of total defense and 17.6 points per game against this season.

I was tempted to take Wyoming and the points here, as I think that the Cowboys have enough talent to keep this one within single digits as they’ve lost their two road games by a combined 7 points. However, the cowboys have lost starting QB Sean Chambers for the season due to injury, and not only is he their starting QB, but he’s accounted for double-digit rushing touchdowns for the Cowboys this year. Not to say he’s the whole team, but an injury like that can decimate a gameplan. Boise State is always a tough out at home, and they’ve flat out owned Wyoming over the years, going 12-1 SU, with 11 wins coming by double digits and 8 of those wins coming by at least 20 points. Sometimes, a team just has your number, and I think that’s the case here. If Chambers was playing, I’d be inclined to take Wyoming, but with no Chambers, I have to lay the points with Boise State here.