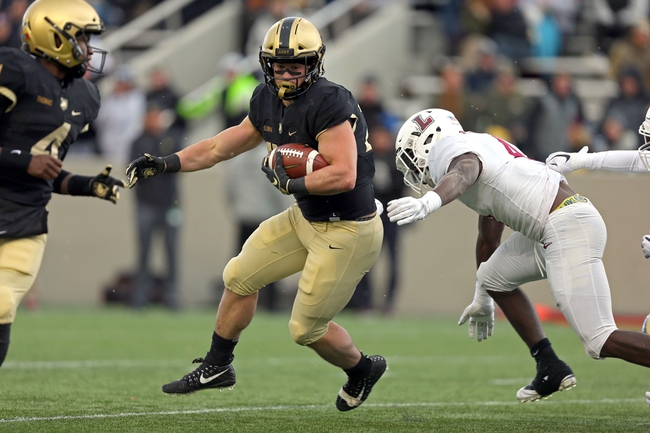 The UMass Minutemen and the Army Black Knights meet in a week 11 college football matchup from Michie Stadium on Saturday afternoon.

The UMass Minutemen will look for a feel good win to snap a four game losing streak after a 63-21 loss to Liberty in their last outing. Andrew Brito has thrown for 688 yards, 6 touchdowns and 5 interceptions on 56.3% passing while Bilal Ally has rushed for a team-high 634 rushing yards and 6 touchdowns. Cam Roberson is 2nd in rushing with 305 rushing yards and 2 touchdowns while Jermaine Johnson Jr., Zak Simon, Samuel Emilus and Sadiq Palmer all have 200+ receiving yards this season. Defensively, Cole McCubrey leads UMass with 70 total tackles, including a team-high 37 solo tackles while Isaiah Rodgers has a team-high 4 interceptions this season. As a team, UMass is averaging 310 yards of total offense and 22.2 points per game while allowing 570.3 yards of total defense and 52 points per game against this season.

The Army Black Knights will be out to snap a five game losing streak after a 17-13 loss to Air Force in their last outing. Kelvin Hopkins Jr. leads Army through the air with 452 yards passing, 4 touchdowns and 2 interceptions while Jabari Laws has thrown for 263 yards. Connor Slomka led Army with 466 rushing yards and 3 touchdowns. Sandon McCoy and the aforementioned Hokins Jr. each have 391 and 381 rushing yards respectively with 5 touchdowns each. Camden Harrison has a team-high 19 catches for 352 yards and 3 touchdowns while Artice Hobbs Iv has 11 grabs for 236 yards. Defensively, Cole Christiansen has a team-high 89 tackles while Elijah Riley has 63 tackles as well as a team-high 4 sacks and a pair of interceptions. As a team, Army is averaging 339.3 yards of total offense and 24.7 points per game while allowing 351.8 yards of total defense and 22.6 points per game against this season.

So you have a UMass team that’s 0-4 ATS on the road, going against an Army team that’s 0-4 ATS at home this season, so something has to give. Personally, I’m not touching this game with a ten foot pole. However, if forced to pick, while Army’s option offense chews up clock, and the Black Knights have also had issues scoring lately, the fact is that they’re a better and more reliable option than a UMass team that’s giving up points like it’s going out of style. UMass has allowed 44 points in each of its 8 losses this season. The Minutemen have allowed insane point totals like 48 to a bad Rutgers team, 52 to Charlotte, 62 to Coastal Carolina, 56 to Connecticut. I think Army despite their record is better than all of those teams I Just listed, so I’ll lay the points with Army here.