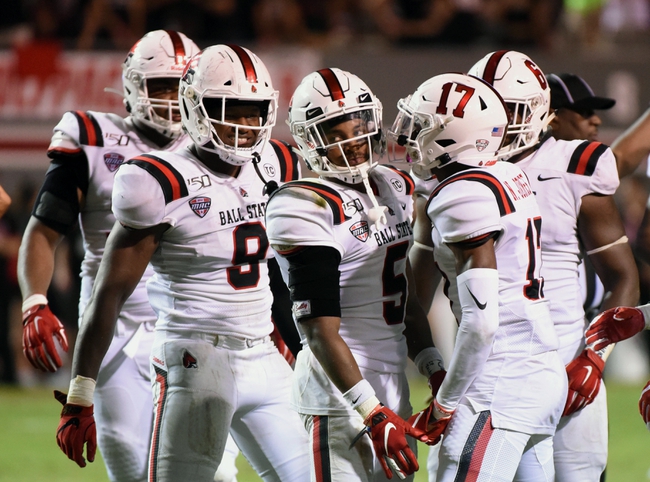 The Ball State Cardinals and the Western Michigan Broncos will meet up on the college football circuit Tuesday.

Ball State comes in here at 4-4 on the season. The Cardinals have wins over Fordham, Northern Illinois, Eastern Michigan and Toledo but otherwise have fallen to Indiana, FL Atlantic, NC State and Ohio.

In the loss to the Bobcats, Ball State QB Drew Plitt posted 109 yards and a TD, while Walter Fletcher had 156 yards and a score rushing. Yo’Heinz Tyler had 44 yards off three receptions in that game as well.

Over on the Western Michigan side, they’re 5-4 so far. The Broncos have fallen to Michigan State, Syracuse, Toledo and Eastern Michigan but otherwise have wins versus Monmouth, Georgia State, Central Michigan, Miami-OH and Bowling Green.

In the win over Bowling Green, WMU quarterback Jon Wassink has 175 yards and a TD, and LeVante Bellamy had 178 yards and four rushing touchdowns. Skyy Moore added five receptions for 76 yards and a score.

Ball State was cruising along pretty well on their three-game win streak, though two of those outings were decided by a TD or less. Beyond that, the Cardinals have been scoring reasonably well this season, with at least 21 points in every game.

As for WMU, they can light up the scoreboard as well; they’ve managed at least 24 in each of their last seven. This should be a pretty exciting and high-scoring game, but the Broncos seem like the more capable team at the moment so I’m sticking with them to eke out a cover.