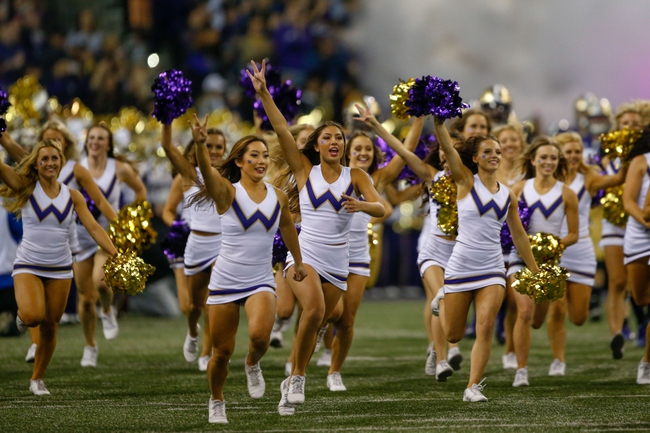 The Utah Utes and the Washington Huskies will match up on the college football circuit Saturday.

In the win over the Bears, Utah QB Tyler Huntley posted 214 yards and a TD, and Zack Moss led the rush on 115 yards and two TDs. Moss was also the lead receiver with 89 yards from three grabs.

Over on the Washington side, they’re 5-3 so far. The Huskies have beaten Eastern WA, Hawaii, BYU, USC and Arizona but dropped to Cal, Stanford and Oregon.

In the loss to the Ducks, Washington QB Jacob Eason posted 289 yards with three scores and Salvon Ahmed managed 140 yards and a score on the ground. Hunter Bryant caught three passes for 65 yards there as well.

Utah is cruising along well following that USC loss (which seems like ancient history now), and in the four games since they’ve given up a grand total of just 23 points. The Utes have put up at least 21 points in each of those games as well.

Washington has been on a pretty nice scoring run this season as well, and they’ve failed to hit 20 points just twice in eight games. The Huskies have shown they can hang with just about anybody so I’m going with Washington on the cover here.