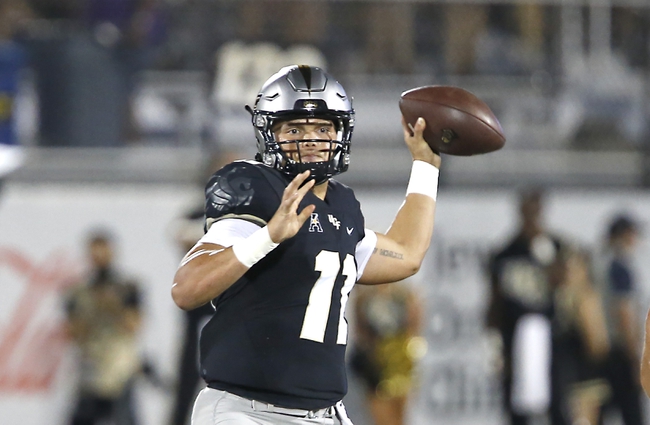 The UCF Knights look for another win to build on their 6-2 record. The UCF Knights haven’t lost a home game since 2016. Dillon Gabriel is completing 59 percent of his passes for 2,218 yards, 20 touchdowns and five interceptions. Gabriel has six touchdown passes and three interceptions in his last three games. Gabriel Davis and Tre Nixon have combined for 1,420 receiving yards and 15 touchdowns while Marlon Williams has 19 receptions. The UCF Knights ground game is averaging 233.8 yards per contest, and Otis Anderson leads the way with 513 yards and three touchdowns. Defensively, UCF is allowing 21.6 points and 339.3 yards per game. Nate Evans leads the UCF Knights with 59 tackles, Brendon Hayes has 4.5 sacks and Aaron Robinson has three interceptions.

The Houston Cougars have covered each of their last 10 games as a double-digit underdog. The UCF Knights have covered 10 of their last 14 games as a double-digit favorite. We know what UCF is capable of at home where the Knights often cover big numbers and can be freakishly good on the offensive end. However, the Houston Cougars rarely get blown out and have proven themselves all season against respectable competition, which includes just a three-point loss last week to a ranked SMU club. Houston is good enough to hang around like it has all year, and you have to go back to 2002 the last time the Cougars didn't cover as double-digit dogs. Give me the points.